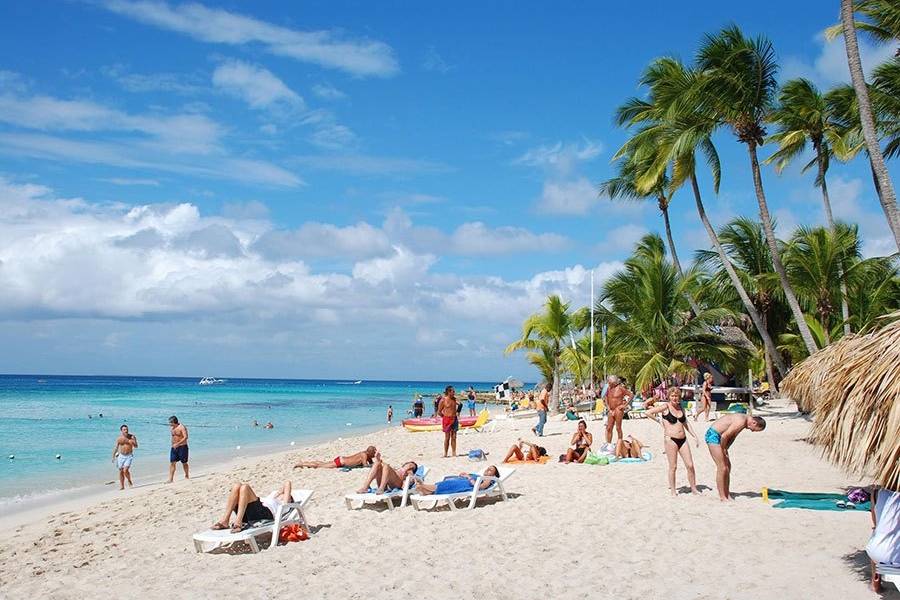 The economic adviser to the Executive Branch, Pedro Silverio, stated that the Russian invasion of Ukraine is affecting the Dominican economy, which is affected by tourism and increases in fuel and grain prices.

He stated that last year 260,000 tourists arrived in the country from Russia and Ukraine, and everything was planned so that in 2022 the figure would double, but the outbreak of the war closed the markets, which may mean that the country stops receiving approximately US$400 million.

When interviewed by Pablo McKinney on his television program “McKinney” by Color Vision, he added that the conflict is creating great uncertainty in world trade since Russia participates in the sale of oil, gas, and finished products in Europe and the United States.

He considered that the sanctions imposed on Russia would be difficult to dismantle even after the military operation was over.

President Luis Abinader’s adviser also explained that in the face of the inflationary effects caused first by the pandemic and now by the war in Ukraine, the government is responding with a combination of monetary and fiscal policy.

maybe you are unaware but the DM has a policy of free visa entry for those countries (excluding india) and i know africa is not a country but the last time i saw it 4 countries in africa were also able to come and visit without visa. Practically all the countries whose incomes are higher or similar to the dm’s are able to

Good riddance! Many people have been avoiding DR because of russians. Worst tourists ever! I’ll finally visit this beautiful country once rusians are gone.

Agreed! drunken ignorant fools who take over the resort! Loud and obnoxious!

time to train our ppl to write software or build things for import vs. serving drinks at hotels (really is a joke)

Or train the people to farm industrial hemp for billions. Could start tomorrow, no lengthy education needed, and 3-4 harvests per year. Would instantly replace the missing tourist revenue.

Meanwhile most of the world is not sanctions loco…

It is important that DR continue seeking these customers. Do not play other people games (like the one Washington is pushing for). The troubles in eastern Europe are foreign to us. All we should care about is trade with them.
Ignore all cold war tensions. We don’t know who will be the one who will help us when we are in trouble. Right now, we are infested with foreigners from the neighboring country and there will be a time of purge and restoration of the Dominicanity!

Many Ukranians can’t come because they are dead. And tourism in general will suffer because of BIDENFLATION…Call the Clintons up hey have money