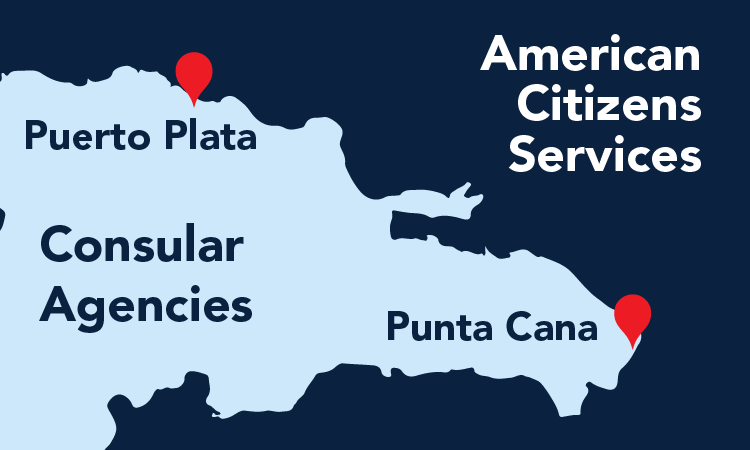 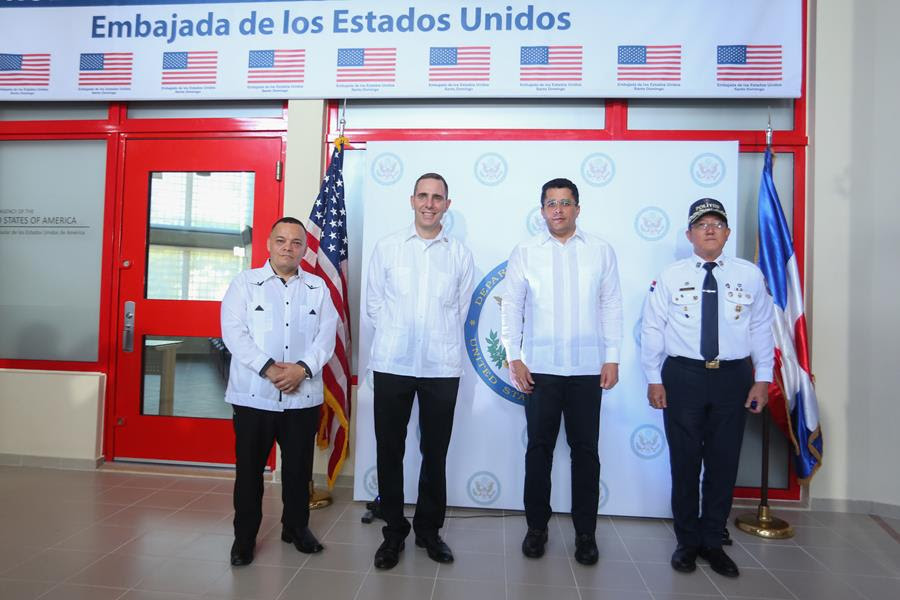 Puerto Plata, D.R.- The U.S. Embassy inaugurated the new facilities of its consular agency in the Plaza El Doral on the Luperón highway in Puerto Plata, which will offer consular services to U.S. citizens visiting and living on the northern coast of the country.

Consul General William Swaney led the opening ceremony, and the Minister of Tourism, David Collado. In his opening remarks, Consul General Swaney thanked the Dominican Government authorities for their presence and stated that “the consular agency is a critical resource for the tens of thousands of Americans who visit the region each week … The work of this office helps drive economic growth and job creation while enriching lives and strengthening ties between Americans and the Dominicans who call this place home.”

Tourism Minister David Collado highlighted the importance of this new consular office in Puerto Plata, where thousands of American tourists arrive. “This new consular office here, in the Bride of the Atlantic, will undoubtedly benefit this area, especially for the thousands of American tourists who prefer Puerto Plata as one of their favorite destinations,” said Minister Collado. 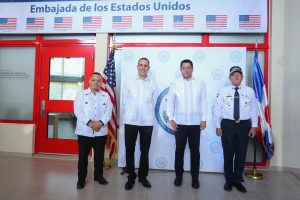 He recalled that the United States continues to be the main tourist destination for the Dominican Republic.

The consular agency will be open to the public Monday through Friday, from 8:00 a.m. to 1:00 p.m. and from 2:00 p.m. to 5:00 p.m., except on U.S. and Dominican Republic holidays. U.S. citizens will receive emergency assistance services, renewal, and routine applications for passports and notary services.

The services that were offered at the old location on Villanueva and Juan Bosch Streets will now be available at this new location in El Doral Plaza, which will allow the Embassy to continue to provide more effective emergency assistance in the region and save applicants from having to travel to the Santo Domingo headquarters.

Good move, there are 250 thousand American citizens in the DR and they need better services.

The opening of a new consulate in Puerto Plata most likely is because of the increased traffic of cruise ships into its ports.

The US government needs to reopen the consulate in Punta Cana. Its services are needed.

Good move as I am sure there’ll be greater accountability from those in the service industry, especially gated all-inclusives who do a great job of covering incidents which occur with their guests.

Those offices do not deal with any of that.

You have no idea what I am referring here. Too much to get into here.