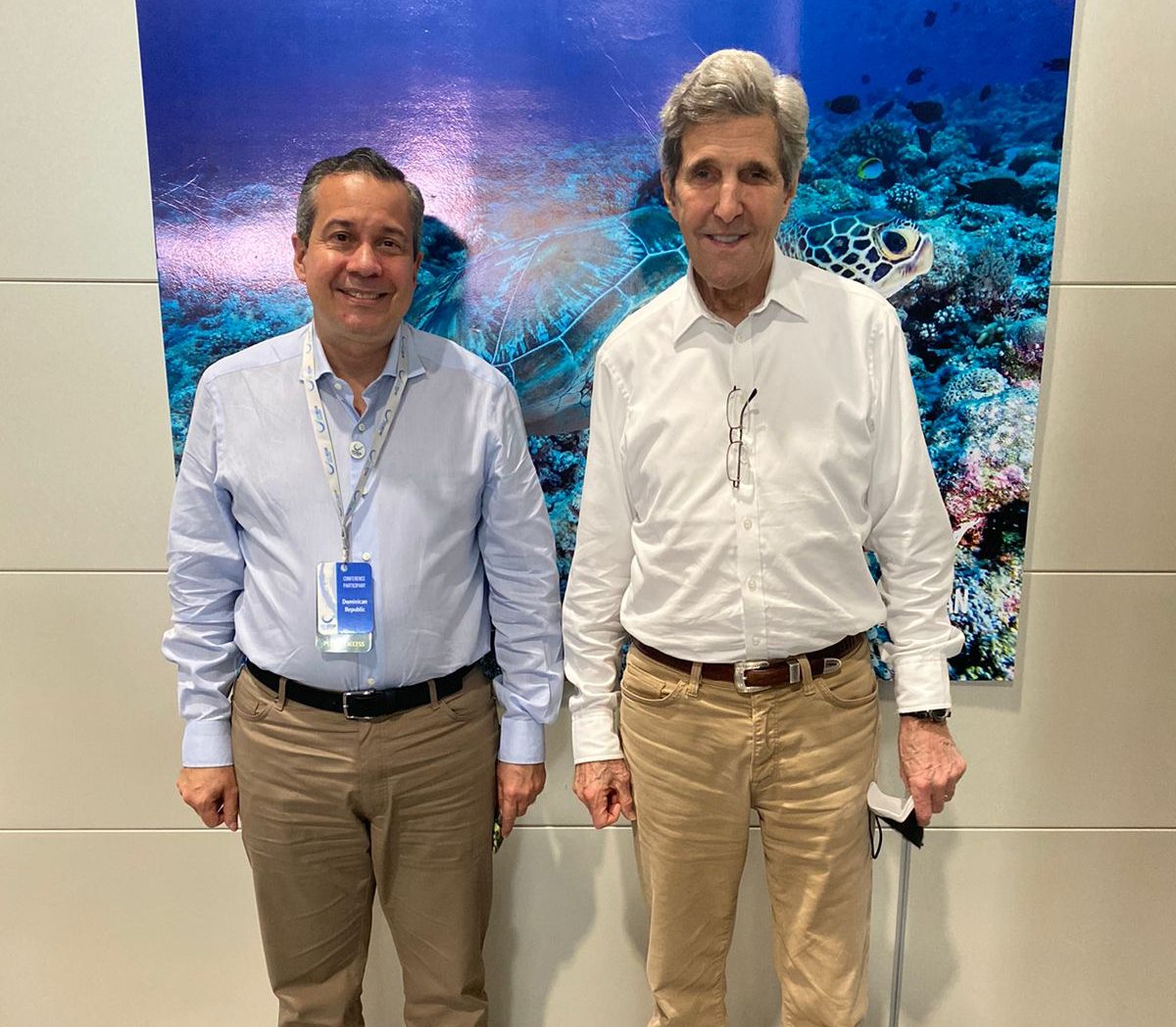 Santo Domingo.- The Minister of Environment and Natural Resources, Orlando Jorge Mera, is attending the seventh “Our Oceans” conference, sponsored by the Republic of Palau and the United States of America.

According to an environment ministry press release, 75 national delegations and more than 100 civil society organizations are attending the event taking place between Wednesday 13 and Thursday 14 April. Palau is an archipelago of over 500 islands in Oceania, part of the Micronesia region in the western Pacific Ocean.

Jorge Mera will represent President Luis Abinader in one of the world’s most important events concerning the oceans, which are threatened by climate change and plastic pollution.

“The Dominican Republic’s presence at this ocean summit follows on from the stance the country adopted at COP26, where we took the lead in the Caribbean islands, which are significantly affected by the effects of climate change and plastic pollution, and, therefore, we have to make our country’s voice heard and establish a shared position with small island states, like our own,” he stated.

The “Our Ocean, Our People, Our Prosperity” conference represents a significant moment to protect this important resource, as well as the planet’s climate.

Orlando Jorge Mera said: “We need to reclaim and rescue the Dominican Republic’s marine biodiversity, for our coasts, our people, and for present and future generations.”

During the two-day conference, the Minister will hold meetings with the President of the Republic of Palau, and John Kerry, the United States Special Envoy for Climate Action, as well as with environment ministers from other countries.

A major cross-cutting theme of this year’s conference will be the decarbonization of shipping, marine renewables, and marine-based nature solutions.

“The ocean-based climate initiatives to be discussed include scaling up marine renewables, decarbonizing the shipping sector, and protecting and restoring coastal and ocean ecosystems to help us keep the 1.5 degrees Celsius target within reach and build resilience to the impacts of climate change,” says a Ministry of Environment press release.

Further concrete commitments and funding are needed to protect the oceans, tackle the climate crisis and make a resilient future possible. A key element of this initiative is the identification or support of innovative funding mechanisms to support inventories, restoration, conservation, and sustainable management of blue carbon ecosystems.

Plastic pollution is a global problem. More than eight million tons of plastics end up in the ocean every year. “This kind of pollution does not respect borders. Progress must be made on this issue and efforts must be redoubled as soon as possible,” concludes the statement.

Lots of good words about what the RD is supposedly doing. However, it is obvious tourism revenue ranks over the environment. The unrestrained development of the eastern tourist zone that has little concern to protect the environment say different of the RD’s stance to protect it.

In the east, miles of mangroves have been destroyed to make space for development, no efforts made to offset the falling fresh water table, and extensive uncontrolled mining of construction aggregates have diminished green areas.

The government hates the geology, flora and fauna of DR!