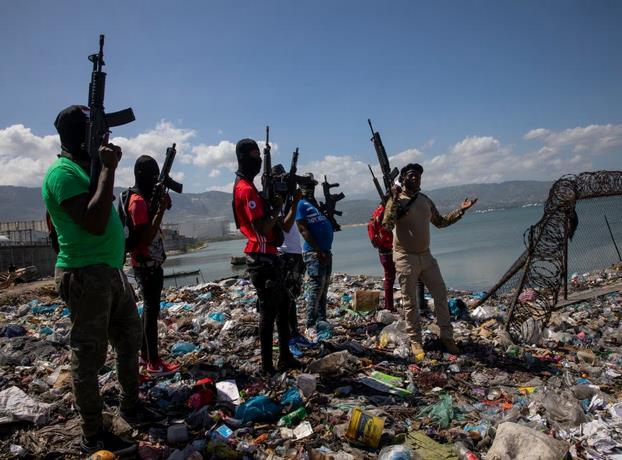 At least 92 people not affiliated with gangs and 96 suspected gang members were reportedly killed in coordinated armed attacks in Port-au-Prince.

ON TUESDAY, the UN expressed concern about the human consequences of the upsurge in violence by “heavily armed” gangs in the Haitian capital, Port-au-Prince, where violence reached “unimaginable levels.”

“I ask the international community to redouble efforts to prevent the situation from becoming even more uncontrollable,” said the UN High Commissioner for Human Rights, Michelle Bachelet, in a statement.

According to the UN, at least 92 non-gang affiliates and 96 suspected gang members were killed in coordinated armed attacks in Port-au-Prince between April 24 and 16. But the natural balance could be higher.

According to figures corroborated by UN officials, another 113 people were injured, 12 were reported missing, and 49 were kidnapped and are being held for ransom.

Acts of extreme violence were reported, according to the UN, with beheadings, mutilations, and burned bodies, as well as the murder of minors accused of informing the rival gang. Sexual violence, including the gang-rape of children as young as 10, was also used by the gangs.

For Bachelet, “it is crucial that urgent measures be taken to restore the rule of law, protect the population against armed violence and hold accountable the political and economic patrons of these gangs.”

These acts of violence forced thousands of people, including children, to flee their places of residence in the last three weeks.

Bachelet denounced “the severe impact” of gang violence “on people’s most fundamental human rights,” with dozens of schools, medical centers, businesses, and markets closed. As a result, many people had difficulty finding basic products.

Traffic on the two main national highways that connect the capital with the rest of the country was also seriously affected since the gang-controlled access to the areas under their influence.

“These restrictions on the movement of people and goods could also have devastating long-term effects on the already very difficult economic situation in Haiti,” he said.

For several decades, armed gangs have been operating in the poorest neighborhoods of Port-au-Prince. Still, their influence over the city and the country has increased in recent years, increasing murders and kidnappings.

Enjoy your neighbor and remember, you have millions of them in your own country.

Enjoy your non binary, shemale and drug junkies in the states i rather live in DR with illegals haitians than live in the US next to a KAREN or a democrat liberal

If the UN is so concerned… why doesn’t it find a legal loophole to authorize sending its troops into the country to maintain order !!!