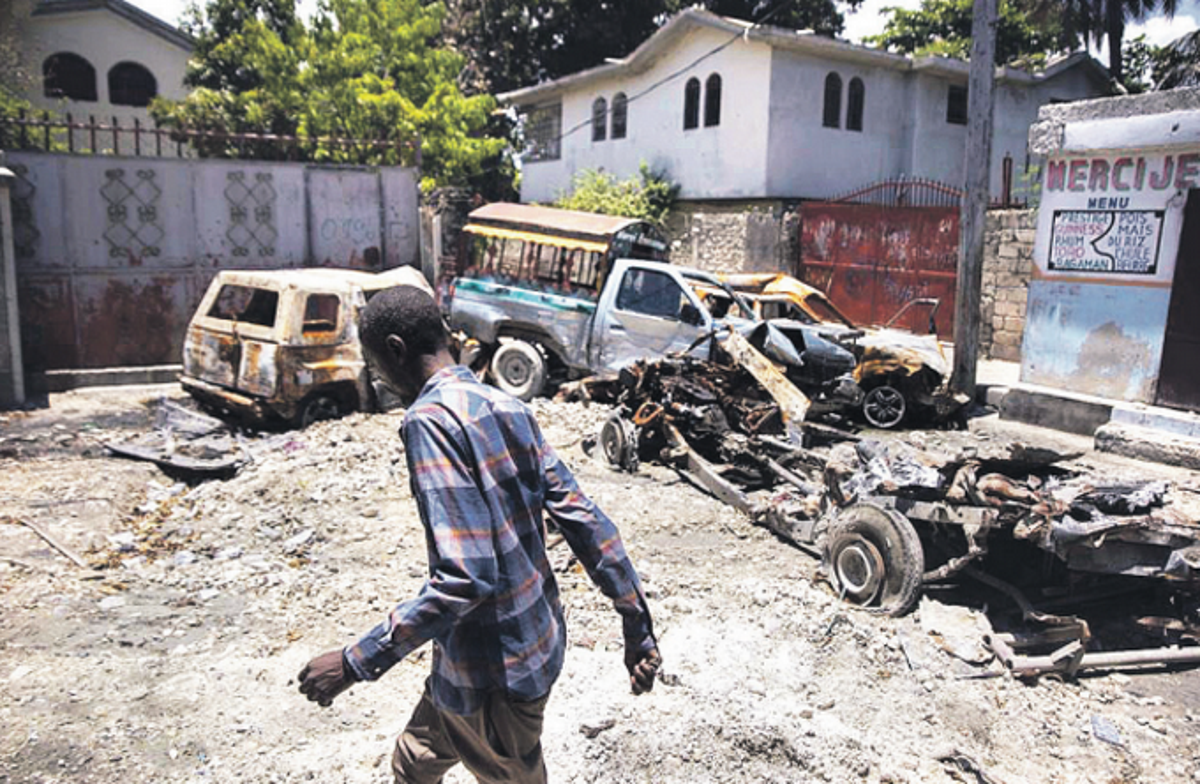 It was around 6 a.m. when Venique Moïse opened the door to her house and saw dozens of people running – with their children in one hand and their few belongings in the other – as the gunfire intensified.

Minutes later, she joined the crowd with her three children and fled her neighborhood in Haiti’s capital as fires burned nearby, collapsing homes where the bodies of nearly 200 men, women, and children were found hours later. shot or mutilated with machetes by warring gangs, along with the skulls and bones of victims set on fire at the end of April. “That Sunday, when the war started, I felt like I was going to die,” Moïse said.

Gangs clash and take over territory in Port-au-Prince with a new intensity and brutality. The violence has horrified many who feel the country is rapidly unraveling as it tries to recover from the July 7 assassination of President Jovenel Moïse and the United Nations prepares to debate the future of its longstanding presence in Haiti.

Experts noted that the scale and duration of gang clashes, the power criminals wield, and the amount of territory they control have reached unprecedented levels.

The gangs have caused the closure of schools, shops, and hospitals while raiding new neighborhoods, taking control of the main roads connecting the capital with the rest of the country, and kidnapping victims daily, including eight Turkish citizens who remain captives to authorities.

They are also recruiting more children than before, giving them heavy weapons, and forming temporary alliances with other gangs to seize more territory for economic and political gain ahead of the country’s general elections, said Jaime Vigil Recinos, police commissioner for the United Nations in Haiti.

“It’s amazing,” he told the AP, noting that clashes between gangs turn into protracted and ruthless affairs. “We are talking about something that Haiti has not experienced before.”

The Dominican government needs to make it easier and cheaper for responsible and educated Dominicans to purchase guns, not just hand guns but also long guns, Dominican are sleeping, the war for the entire island is coming and we need to be ready.

What you need is a strong policy force with the latest surveillance equipment and paid the policy w a great retirement package for their services . If you arms your citizens what you will have the problems that we have in the United State people doing mass killings in school, church, supermarket, theater, concert and not to mention neightboors dispute would you like me to go on?
And by the way the UN was in Haiti for 12 years after the earthquake going up and down the road and it never occur to any one that some of the solutions would be to train and prepare w the latest equiment w a excellent salary the Haitian policy department . when our neighbor or any country goes into shamble it affect all of us and then we complain about immigration the planet is a small place.

Don’t become like the USA where they have more guns than people – population 334 million but 393 million guns !

It is tragic to see this happening in Haiti. Is the United Nations going to intervene ? Can we send in peace keeping troops ? Canada ,France, the U.S.A. and Dominican Republic could play a major role in this regard.