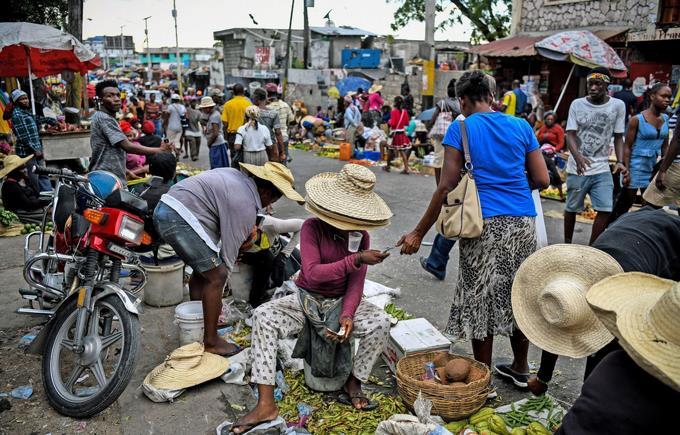 The rapid increase in the number of hungry people worldwide will lead to further destabilization and mass migration.

Davos, Switzerland
The world will experience a further increase in food prices in the next ten to twelve months if problems such as the scarce supply of fertilizers, the fall in production due to droughts in several countries, and the blockage of the maritime exit of grains from Ukraine are not solved, experts said today at the World Economic Forum in Davos.

If they fail to resume shipments of grain and other agricultural products from the port of Odesa in Ukraine, “we will be facing a complex problem because the warehouses may be full, but if there are no ships to transport them, we could see situations of hunger around the world,” said the head of the World Food Program (WFP), David Beasley.

“You can imagine what happens when the country that is the world’s bread supplier, which is capable of feeding 400 million people, is at war. It’s an absolute crisis,” Beasley said in a discussion at the Davos Forum dedicated to putting forward ideas for reversing the food crisis.

He argued that the rapid increase in hungry people worldwide would lead to further destabilization and mass migration.

On the same panel, Tanzania’s Vice President, Philip Isdor Mpango, admitted that his continent is suffering from “bad agricultural policies,” in addition to the consequences of climate change and the pandemic, which are still being felt in Africa’s economic and social fabric.

Among the solutions, he proposed are “investments in irrigation projects, rural roads, and the allocation of land for crops,” as his country does, with young people among the primary beneficiaries.

Mpango defended the importance of investing in “improving the variety of seeds” and “investing in fertilizers, which can become a turning point.”

On the same issue, Vietnam’s Deputy Prime Minister Le Minh Khai said that the most critical problem is to “restore global supply chains,” which were interrupted or slowed down first by the covid-19 pandemic and in the last three months by the war in Ukraine.

For Syngenta CEO Erik Fyrwald, the solution to the current food crisis lies in “growing more food on less land, and we have the technology that can help us do that.”

He considered that the private sector’s approach to agriculture would also help to combat climate change since “we can achieve higher yields and at the same time reduce gas emissions,” a third of which come from this sector at the global level.

The Tanzanian vice-president recalled that there could be more places to supply food if, beyond the war in Ukraine, the world were interested in resolving forgotten conflicts, such as those that have been going on for several years in the Democratic Republic of Congo, South Sudan, the Central African Republic and, more recently, Mozambique.

The vice president of Tanzania is now an active player in the World Economic Forum after they mudered the president John Mugafuli last year cuz he didn’t want to be part of the great reset agenda of darkness…
Food shortage is manifactured crisis to cull more people after the genocide made by the covid hoax to cut carbon emission for the climate change hoax same as the fake war between Russia &Ukraine.
Meet the new deception same as the old one… 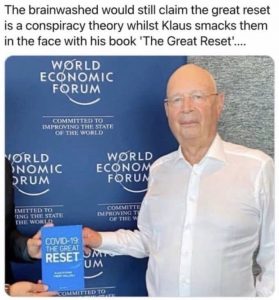