Dominican Republic tackled broad issues in the US 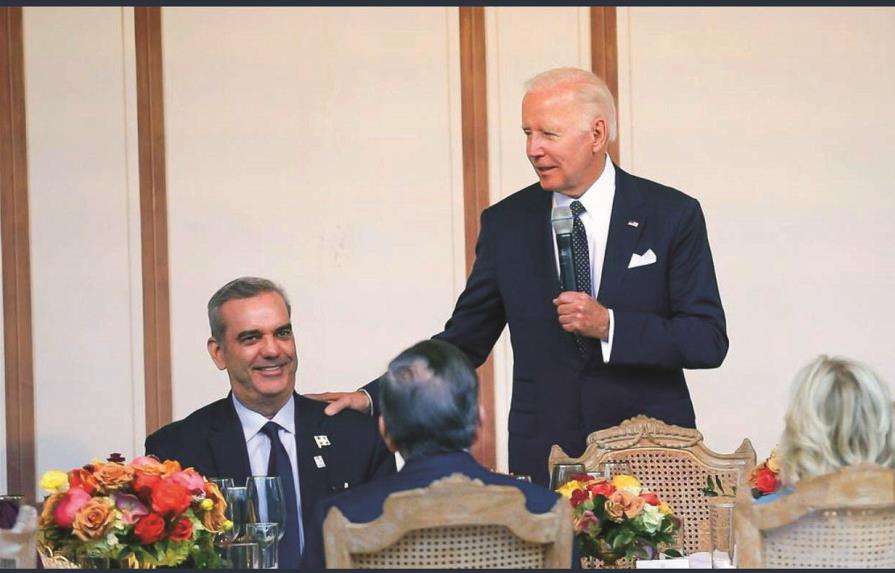 Santo Domingo.- At a Summit of the Americas in which there were absences due to exclusion and decision, the Dominican Republic maintained a broad agenda focused on issues of security, investment and balance of positive post-pandemic results in which it strengthened ties with the United States, host of the meeting, with a lack of signature in a section of the final declaration and a diplomatic disagreement with Haiti.

“We applaud the participation of the Pdte. of the Dom. Rep., @luisabinader, along with heads of state from various countries in the region at the #IXCumbreDeLasAméricas, led by Pte. of the USA, Joe Biden and the vice-president. of the USA, Kamala Harris”, the Embassy of the United States in the Dominican Republic published on its official Twitter account last Friday, the day the Dominican president addressed the plenary session of the Summit, held in Los Angeles.

In his speech, Luis Abinader presented the achievements in the fight against drug trafficking and corruption, institutionality, and economic recovery after the most critical stage of the COVID-19 pandemic.

He raised however the need for support in the face of the crisis generated for the war between Russia and Ukraine, in addition to the repeated call for the international community to attend to the situation in Haiti.