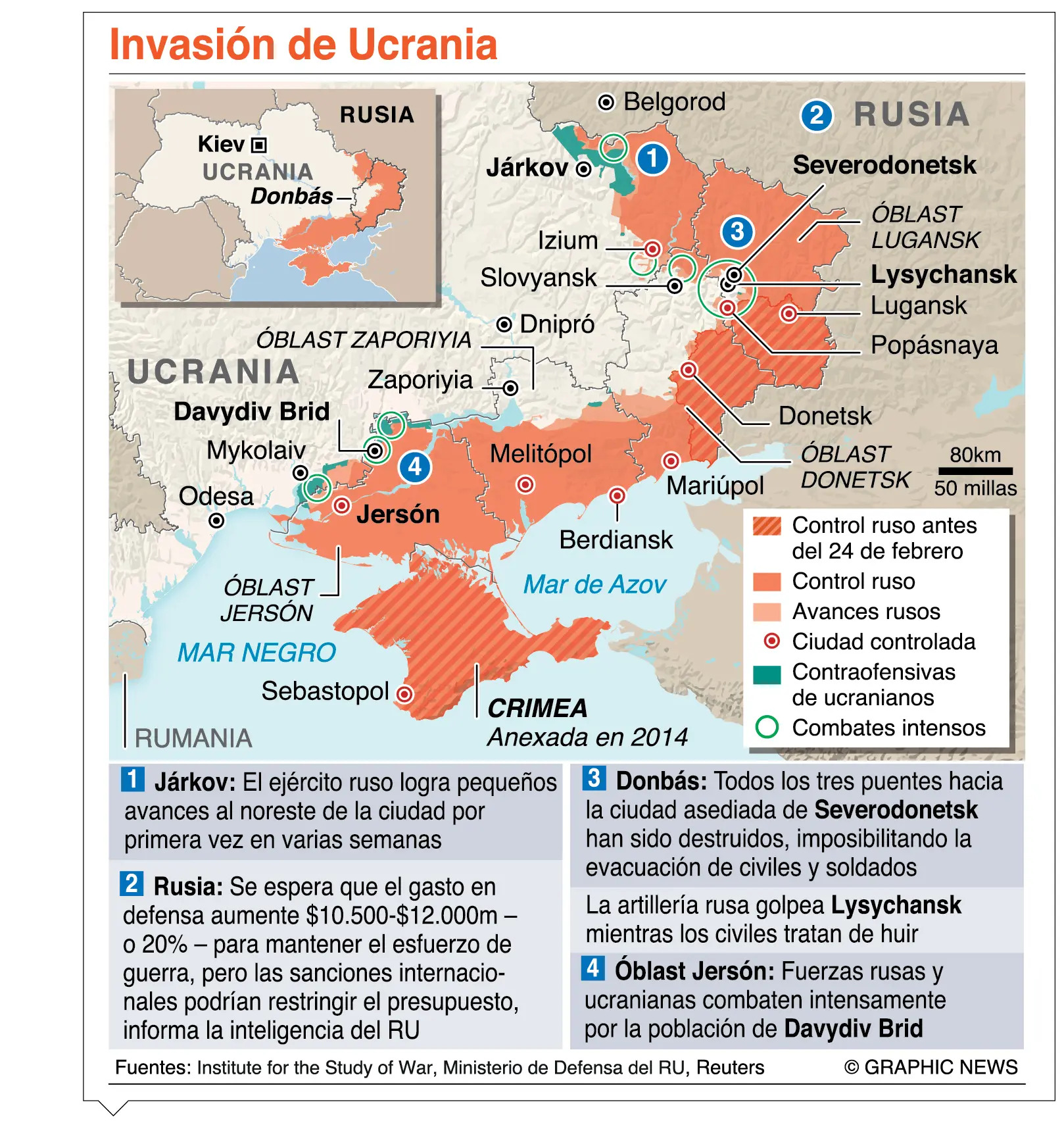 There are currently 9.7 million people in this situation of food insecurity in the 13 countries of the region where the WFP works, which is trying to alleviate food shortages with imports from regional producers such as Mexico or Argentina, said the organization’s director for the region, Lola Castro.

“The region had suffered multiple crises due to climate change and the pandemic that put 17.7 million people in a situation of food insecurity; by the end of 2021, the figure had dropped to 8.3 million.

He also explained that although Russia and Ukraine do not export large quantities of grains and other foodstuffs to the region, the generalized rise in food prices across the global market has severely affected many countries in the area that, in some cases, are net importers of these basic goods.

He stated that “we are already seeing the consequences” of the food crisis with an increase in migratory flows from the south to the north of the continent, including such dangerous routes as the Darien Pass that separates South America from Panama.

“That route was crossed by 5,000 people in 2020, but in 2021 the number increased to 151,000. A roadless route where people have to walk 10 days through the jungle, where many people die and which is one of the most dangerous in the world,” he stressed.

– Sanctions
The Russian Foreign Ministry published a new list of sanctions against England with 29 journalists and media directors and a score of military, deputies, and businessmen linked to the arms industry.

This inflation that started last year, had its genesis in the covid scamdemic…then the manic sanctions by the US and the spineless EU and western friends completed this economic disaster…

You forget the cause: 1. China and 2. Russia