Dominicans among 366 migrants found in truck 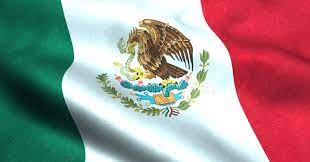 Of the total number of migrants, 249 are men, 55 women and 62 minors, of which 25 were traveling alone, the INM reported on Twitter.

Agents found the truck parked on the side of a highway in the southern state of Chiapas, which borders Guatemala.

The migrants have been desperate to leave Tapachula, another city near Guatemala, where authorities have made them wait for their visas. Due to this delay, many of them try to walk or hitchhike north.

A clear failure of democracy in the Latin America. Hundred of thousand from different democratic countries leaving their countries on a weekly basis (an embarrassment that humiliates the countries involved).
It is time to judge democracy as a form of effective government that it is no longer providing opportunities, security, environmental protection, durable internal domestic markets, sufficiency, high quality of life, relevant education, sanitation, health services, and minimizing marginalization (and that leads to political extremism).