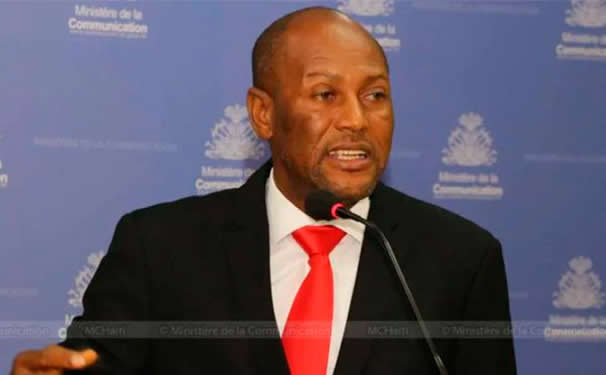 PORT-AU-PRINCE, Haiti (AP) — A former senator who worked for the Ministry of Social Affairs and Labor was killed in an upscale neighborhood near Haiti’s capital. His body was set on fire along with his nephew, Government Commissioner Jacques Lafontant told The Associated Press on Sunday.

The bodies of Yvon Buissereth and his unidentified nephew were found Saturday afternoon in the community of Laboule. That is near Pelerin, where President Jovenel Moïse was assassinated in his private home in July last year.

Buissereth, director of Haiti’s Public Company for the Promotion of Social Housing, and his nephew were traveling in a government-issued vehicle and were found inside the charred car, Lafontant said. He said a gang trying to control the area is likely to blame.

Buissereth and his nephew were killed while driving on a road that many Haitians use to avoid the Martissant area, which connects Port-au-Prince with Haiti’s southern region and is controlled by warring gangs that have killed or injured dozens of civilians in that area.

Wow, you’re not safe in your home or on the street. I would risk it all to leave. What do you have to lose, absolutely nothing.

What is Canada & the USA doing to assist this situation ? The United Nations should be sending in peacekeeping troops . A friend’s brother was kidnapped last Monday in Port au Prince. The gang Sucretradores members are demanding $50,000 usd. The young man is 24 years of age . He is from an average Haitian family. The mother is frantic. They do not have that kind of money ! President Abinader : Call a media conference targeting the USA and Canada . Appear with the Haitian President to explain what is happening. People are not aware of the situation. The two of you should also pay an emergency visit to President Joe Biden Prime. That will generate lots of publicity. This gangster mob rule must be stopped.

-4
Reply
there
Reply to  Peter Harris

hello from the RD…..worry more about JOEs spending and less about RD… happy haircutting mate

Because US has always been part of the problem.

If their Kidnapping and Burning other Haitians alive” just imagine what they would if they kidnapped Dominicans! 😳😳😳