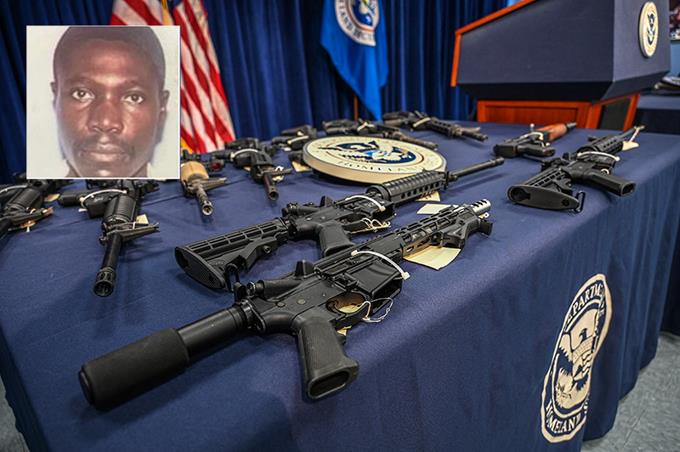 The intense arms trafficking to Haiti has implicated various members of the Episcopal Church. The last detainee, on Tuesday, was Jean Gilles Jean Mary. afp

Santo Domingo, D.R.
Haitian authorities arrested the accountant of the Episcopal Church of Haiti for a case of arms and ammunition trafficking at the dock of the National Port Authority (APN) involving the Church.

The Haitian newspaper Le Nouvelliste notes that it learned from police sources that the arrest of accountant Jean Gilles Jean Mary took place on Tuesday by agents of the Central Directorate of the Judicial Police (DCPJ).

“His arrest came after he signed, between 2017 and 2021, several documents authorizing the disbursement of funds from the account of the Episcopal Church to the account of an international arms dealer, wanted by the DCPJ,” the newspaper indicates.

The newspaper reported that Jean Gilles Jean Mary is in custody pending his case being brought before judicial authorities.

The standing committee of the Episcopal Church of Haiti, Anglican Communion, in a message of August 19, 2022, addressed to the clergy and faithful, reaffirmed its cooperation with the authorities and indicated “that it will not guarantee the defense of any natural person, whoever he may be, persecuted, rightly or wrongly, in the context of this case.”

This message came 48 hours after the hearing and custody of Father Frantz Cole by the Central Directorate of the Judicial Police (DCPJ) “for arms and ammunition trafficking, smuggling, tax evasion, tax fraud, crimes of enrichment and laundering of assets resulting from serious crimes.”

The partial inventory of the search of a container in the port of Port-au-Prince led to the seizure of 18 automatic weapons, including 6 AK-47, Galil, and M-4, a 12-gauge rifle, four to six pistol weapons, nearly 20,000 cartridges, 120 magazines of firearms of different calibers, the government commissioner at the court of the first instance of the capital, Jacques Lafontant, told the Nouvelliste on Thursday, July 14, 2022.

On the 17th, U.S. authorities said they have observed an increase in arms smuggling into Haiti and the Caribbean in recent months and vowed to step up efforts to combat the trade fueling violence and crime in the region.

“Not only have we seen a marked increase in the number of guns, but also a serious increase in the caliber and type of firearms being illegally trafficked,” said Anthony Salisbury, special agent in charge of Miami Homeland Security Investigations.

“We have intensified our efforts to stem the flow of illicit weapons into Haiti and the Caribbean,” added Salisbury, flanked by officials from other agencies, including the Coast Guard and Customs and Border Protection.

Among the weapons seized destined for Haiti were handguns and several semi-automatic weapons, one of which was identified by officials as a sniper rifle.

Anyone from any walk of life is capable of criminal acts. These occurances are no longer shocking. It is a shame this person of the cloth may have taken the wrong path.

One ug-ly mo-fo inside and out!!

another “church” sect/cult is profiting…

Gun industry doing great and loving its arms being trafficked in Hispaniola and beyond.