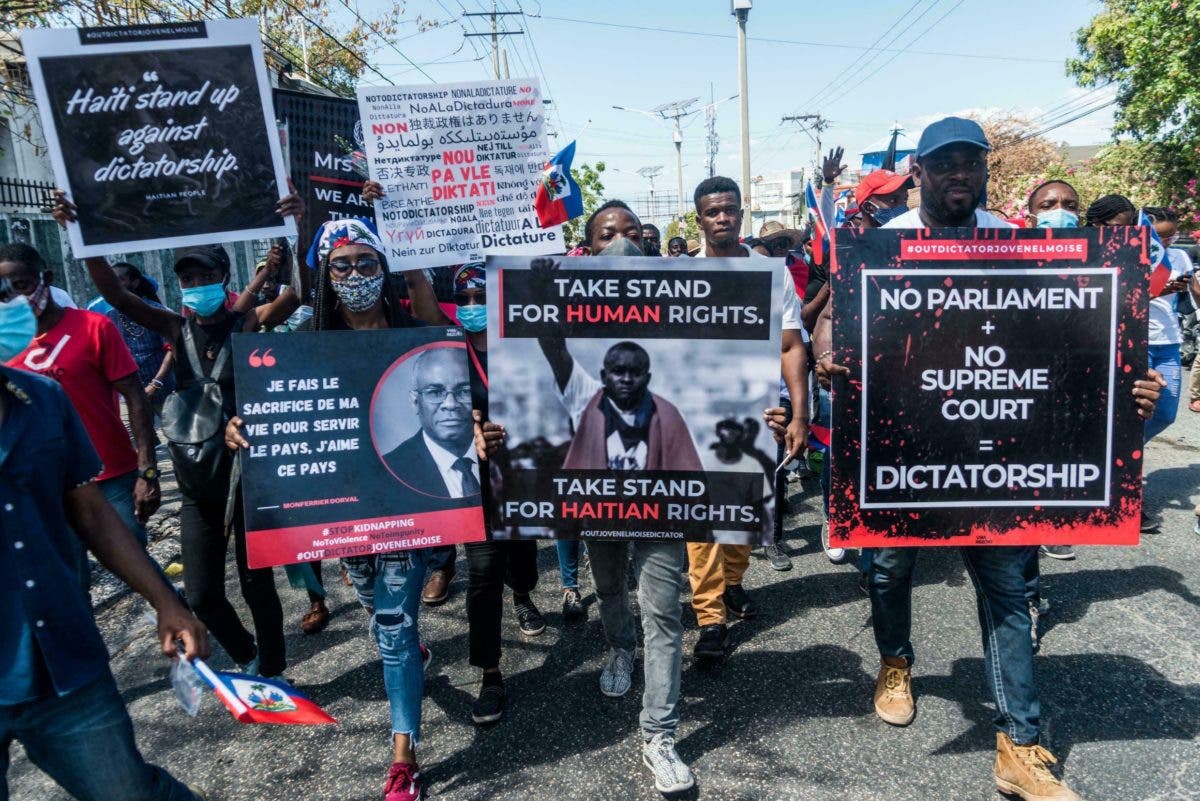 The Haitian capital, Port-au-Prince, and towns in the provinces remained paralyzed on Monday, in response to a call for a three-day general strike called by two of the most powerful drivers’ unions in the country. Meanwhile, the known report early in the morning has been confirmed indicating that a mob of Haitians set fire to the Ministry of Economy and Finance in Gonaives, causing enormous damage and material losses.

At the head of this protest movement, which is based on the rejection of the increase in fuel prices, are the United Front of Transporters and Workers of Haiti (Futrah) and the Association of Owners and Drivers. The situation in Gonavie is complicated, according to reports. All the main entrances to the city are blocked by barricades.

Earlier in the day, protesters set fire to the office of the Artibonite Departmental Directorate of the Ministry of Economy and Finance and vandalized all its addresses. Archival documents were reduced to ashes. Meanwhile, press reports from the capital city indicate that public transport service and large-scale commerce were “completely paralyzed.”

The noisy capital city woke up to a tense atmosphere, with its neighbors fearful that incidents, specifically looting and attacks on businesses, could occur as the day went on. In the center of the city, in Delmas, in Pétion Ville, all work is paralyzed, according to a report by the Gazette Haiti News. Banking, commercial, store and public institution activities were suspended. Transport federations are trying to force Prime Minister Ariel Henry to withdraw the decision to increase the price of petroleum products on the market.

After completing the three days of the scheduled strike, the transport unions intend to radicalize the struggle by calling for street protests on the 28th and 29th, together with political organizations, then to demand the resignation of the head of government, Ariel Henry.

Why is the Canadian and American governments not helping to end this situation ?