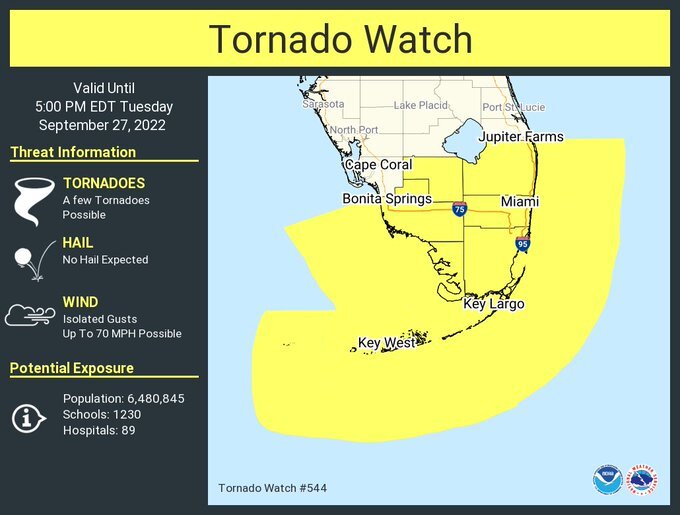 The United States National Weather Service (NWS) issued a tornado warning for South Florida on Tuesday due to the effects of Hurricane Ian. The office warned of the occurrence of some tornadoes and isolated gusts of up to 70 mph, while ruling out the possibility of hailstorms for Miami-Dade, Broward and Palm Beach counties, as part of the effects of the category 3 cyclone.

The alert, which will remain until 5:00 in the afternoon, also includes Collier and Hendry counties, in southwest Florida, as well as Monroe County, according to US media.

The southern part of Florida has begun to experience the effects of the outer bands of Hurricane Ian, which is moving through western Cuba.