3-day strike in Haiti ends today, but another one is on the way 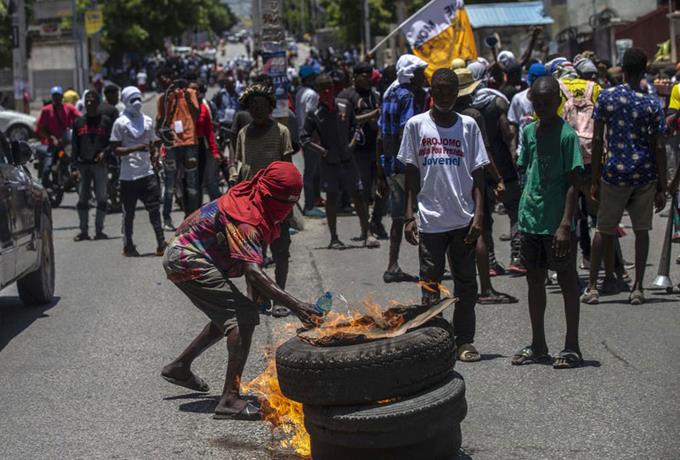 While in Haiti today the third day of scheduled strikes and protests closes, to force the government to reverse the increase in fuel prices, the tension increases hour by hour before the change of course of the movement, which has sworn to take back the streets, this time focused on the resignation of Prime Minister Ariel Henry.

Now with the beleaguered head of government as the target of their struggles, the promoters of these strike days and street demonstrations condition leaving the streets and allowing economic dynamics and social life to produce an immediate change of command.

The situation in Port-au-Prince, its neighborhoods and provincial communities remains critical. The protests are increasingly violent and the looting of public bodies, private companies, humanitarian entities and international institutions continues to increase.

In Gonaïves, a city in the northwest of Haiti, the chaos is visible and the gangs take advantage of the discontent to push their criminal enterprises, kidnappings, robberies and murders. Sectors of the population demonstrated yesterday in the communes of Carrefour, Gonaives and Port-au-Prince. Barricades were erected in the streets and there was no public transport service. General activities were null.

A crowd protesting against insecurity, the rise in oil derivatives and demanding the prime minister’s resignation, was forced back as they approached Fontamara, not far from Martissant, by groups of armed bandits. In the metropolitan area there were demonstrations. In Saint-Marc there was a lot of support for the strike and commercial banks, public and private institutions closed their doors. The same scenario was observed in Petit-Goave.

The unions calling for the three-day strike have declared victory and expressed their satisfaction with the “success” of the day and the response of the population.