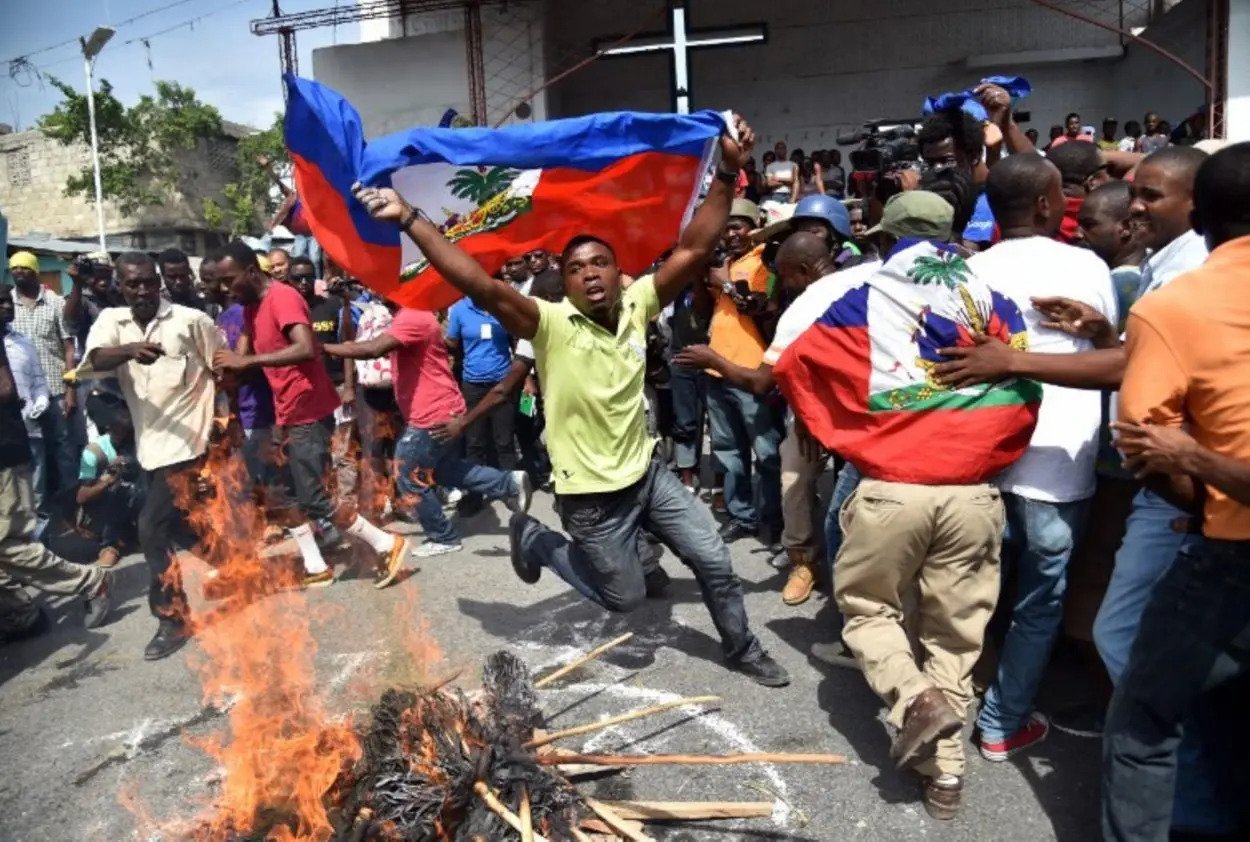 The anti-government protest movement in Gonaives, Haiti, a real anti-Ariel stronghold where all forms of pressure against the ruling elite have previously been “rehearsed,” has taken an oddly angular turn. Suddenly, as resentment toward the United States grows over accusations that it supported Prime Minister Afriel Henry’s continued rule, Russian flags are waved during protests, and appeals are made for the Eurasian power to “save” his country.

The great public outrage stemmed from the prime minister’s stick-and-carrot removal of the fuel subsidy on September 12 last year, which directly increased fuel costs. The call for the measure’s repeal was then followed by a demand for the resignation of the head of government. Haitians’ displeasure has increased recently, as evidenced by new demonstrations. With ongoing blockades of streets and highways, Gonaives is one of the “hot areas” of this crisis engulfing Haiti. A man with a microphone in his hand who identified himself as Ronel Paul yelled, “It is the United States that placed an Ariel Henry to suck the blood of the Haitian people.”

He remarked, “Look at the youngsters, they can’t even go to school.” We have a better chance of escaping this with Russia, he continued.

Not seeing the Russian flags! Are there any DT correspondents in Haiti or is this speculative reporting?

Haitians should blame themselves. Russia is at war and have nothing for Haotianos but VODKA. They had enough time to organise…but their bandits are more impirtant for them. Help ypurself and God will help you.

Forget Russia. China is the power they should call upon. Only China can and will put the west in its place one day.