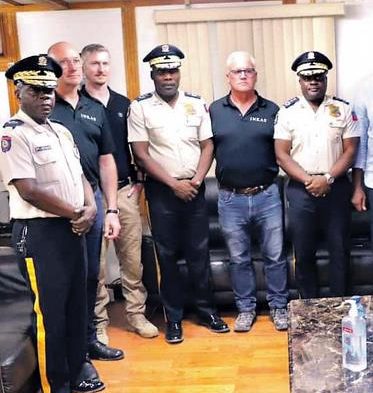 The Haitian National Police high leadership has sworn to restore security to that nation, and four of 18 powerful fireteams are about to roll over the risky streets of Port-au-Prince. He vows to accomplish this despite gangs, who not only sow chaos, death, and fear among the populace, but also the very police force he has proved he doesn’t fear. The senior police command praised the governments of these North American nations for “facilitating the transit and delivery of this equipment” in a meeting with a delegate from Canada and the United States who delivered these war chariots.

In the face of gangs that not only spread chaos, death, and dread among the public but also among the police force, which he has shown he does not fear, he vows to act in this way. , a saber, firearms, and ammunition are all missing. In order to restore a stable security atmosphere, the top commanders of Haiti vowed to “make reasonable use of these new materials and equipment and once again seek the collaboration of the populace and all sectors of national life.”

This action “reflects the will of the Government of the Republic to increase the operational capabilities of the HNP to battle armed gangs and banditry in the country; and further protect life and property,” the official continued. These terrifying armored vehicles with heavy ammunition are anticipated to work alongside Haitian police forces prepared to openly combat the gangs, who have recently been the target of a fierce onslaught by them.

They have also murdered people, burned down barracks, and taken equipment and weapons.

its going to be a war zone; cops diving around in hummers with 50 caliber machine guns on them, grenades and all the fun stuff Made in the USA…..Police will just replace the gangs and have the firepower to do so… so really will be like an African warlords (police) in control

1
Reply
Dave Lopes
Reply to  there

Not to worry, The Haitians will aim at the tires. 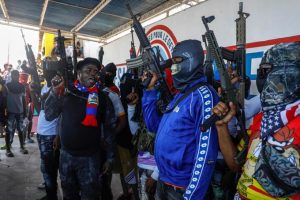 Tires not Chinese – they are made by Goodyear and are solid rubber vs inflatable. So you are accurate in saying “bullet proof” to a certain extent.