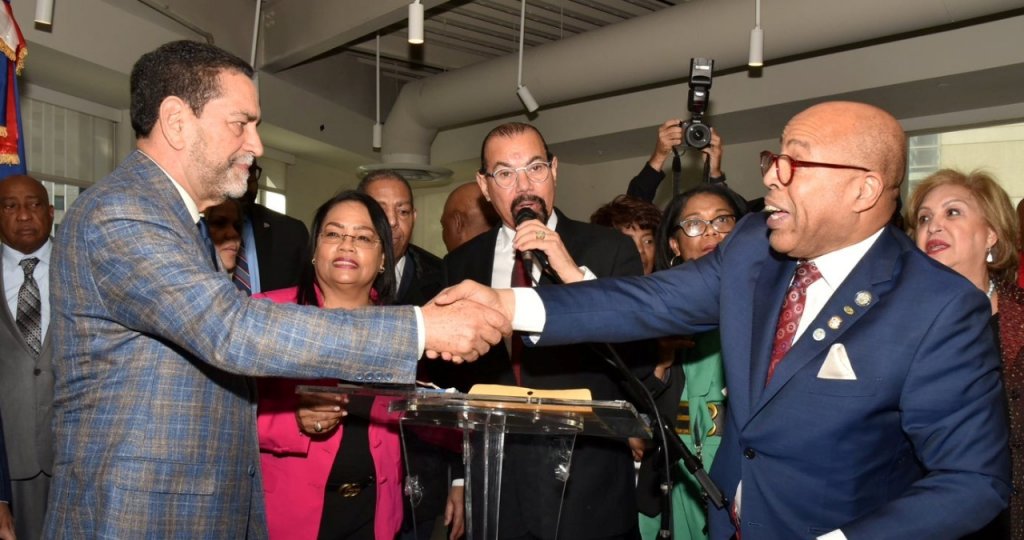 The Dominican Republic’s general consul in New York City suggested that Law 2-82, which declares land and properties owned by the State for the benefit of the population for the construction of housing projects and public and private offices, be reviewed by the Permanent Commission of the Dominican Abroad of the Chamber of Deputies, which met this Sunday in that city.

This commission of the Lower House listened to various individuals during his intervention in the public hearings, and community organizations presented their needs so that some of them could be resolved by the National Congress and others by the Executive Power.

The Senate Commission on Dominicans Abroad members who visited New York and met with those organizations and people last year made the same request, but none of their requests were granted. resolved.

The Consul requested that the legislative body modify or elaborate a new law to replace the existing 2-82, passed on March 15, 1972, on the grounds that these public spaces should be used more effectively for the benefit of the populace.