Nearly 100,000 people are forced to flee the capital of Haiti due to gang violence 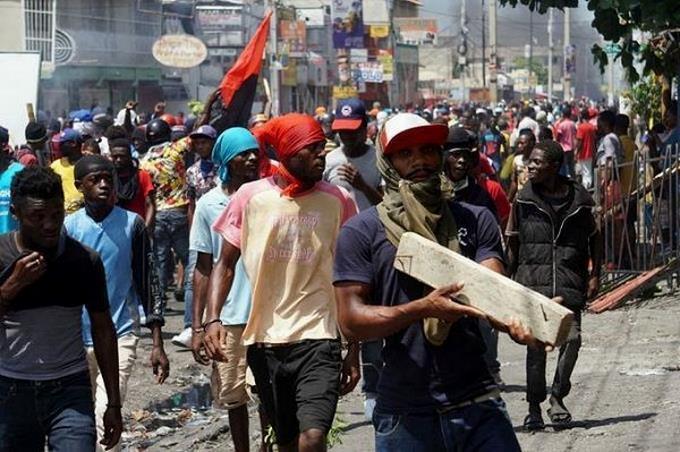 According to a report by the International Organization for Migration (IOM), at least 96,000 people have been compelled to leave their homes in the Haitian capital of Port-au-Prince due to violence brought on by armed gangs. This report triples the number of displaced people in just five months. 96,000 of the 113,000 displacements that were found across the nation were attributed to violence by the analyses done between June and August, and another 17,000 were victims of an earthquake that shook the southern part of the nation in August 2021.

Nearly 80% of displaced people, according to the study, reside in host communities, with the remaining 21% continuing to live in settlements created to house them. Violence of all kinds, including kidnapping and looting, have taken place in the Port-au-Prince metropolitan area, which has also increased inequality and caused shortages of supplies and essential goods. The UN has repeatedly issued warnings about issues with blockades preventing the distribution of humanitarian aid.

Ulrika Richardson, the UN representative in Haiti, has reaffirmed that the group works “side by side” with allies and regional authorities “to help alleviate the problems faced by the most vulnerable families.” “Thousands of women, children, and men have been forced to leave their homes to escape violence and destruction,” she lamented.

Yet, the International community does nothing to stop the chaos!

The reality is, Haiti is in its present condition because of decades of interferences by the international community. Primarily, France and the US who have systematically destroyed the economy of Haiti via extortion, theft, and one-sided, self-serving policies. In every past instance when Haiti has hesitated to Western demands, they have had ‘carrots’ dangled in front of them. Once you impoverish a nation, it is quite easy to implore submissive tactics, focusing on the needs and requirements of that poorer nation. It is a horrible example of how bully countries like the US and France have acted towards Haiti and many other countries of lesser resources. Haiti’s leadership should no longer entertain ‘carrots’ and should certainly not accept any intervention by outside forces. In my opinion, it would be better to let the gangs take over; and there will be two Cuba’s in the region. Both born out of revolution! A second black eye to the great Monroe Doctrine that future generations of Americans will appraise as being irrelevant and void of merit. Jimmy Carter wrote on our endangered ‘values’ as Americans and our policies in Haiti only validate his assumptions. Certainly, taken a step further, pushing our American system of values closer to extinction. I am an American. I love America! for what is written but not for what is practiced.

The bottom line is the Hatians have no ability to govern themselves. The UN needs to come and clean this chaos up. Then they need to stay about 10 years and kill off some of these gang leaders and thugs.

How many times does the UN has to come and leave the place in a worst situation? They have been there and it was a failure. An association with China is the only option.

The US want all of you to cross the border and claim your Dominican citizenship.