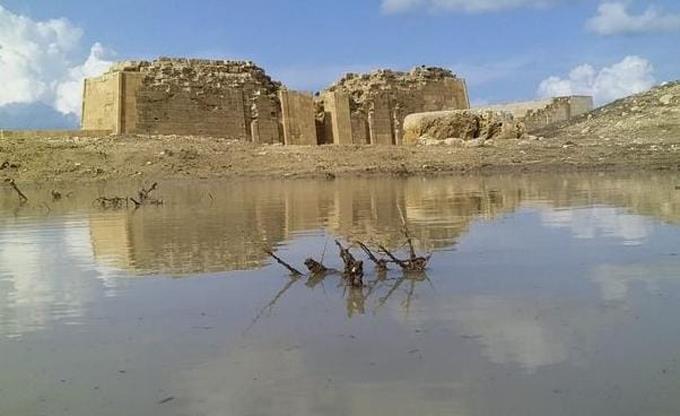 The 1,305-meter-long Greco-Roman tunnel was found by an Egyptian-Dominican archaeological mission from the University of Santo Domingo close to the Taposiris Magna Temple in the western Mediterranean city of Alexandria. The tunnel was carved into the rock and is two meters high and 13 meters underground, according to a statement released on Thursday by the Egyptian Ministry of Tourism and Antiquities. The team, led by archaeologist Kathleen Martinez, discovered the heads of two Ptolemaic-era statues made of alabaster close to the temple, one of which was likely a representation of the sphinx.

Initial studies suggest that the tunnel’s architectural design is strikingly similar to that of the Yubilinus Tunnel in Greece, but it is longer, according to Martinez, who called the tunnel “an engineering miracle.” She continued by pointing out that a portion of the tunnel was discovered beneath the Mediterranean Sea and that the mission had discovered several ceramic jars and pots as well as a rectangular block of limestone buried beneath the mud sediments. The mission is attempting to uncover a portion of the Temple of Taposiris Magna’s foundations that have been revealed by numerous pieces of archeological evidence.

She also emphasized that between 320 and 1303 AD, the Egyptian Mediterranean coast was shaken by at least 23 earthquakes, which caused a portion of the Temple of Taposiris Magna to sink and collapse. The discovery of sixteen Greco-Roman catacombs with their corresponding mummies in the Taposiris Magna necropolis, which provide information about mummification practices at the time, was reported by the Egyptian-Dominican mission in January. According to the discoveries made so far, King Ptolemy IV, who reigned from 221 BC to 204 BC, constructed the temple in Alexandria.

Since 2005, Kathleen Martinez has led a tireless search for Cleopatra’s tomb in the Taposiris Magna complex of buildings. According to history, Cleopatra committed suicide in the year 30 AD after her lover, the Roman general Marco Antonio, bled to death in her arms.