On Tuesday, the Dominican Republic demanded climate justice for the territories most vulnerable to global warming, exposing its position as a country at the United Nations Conference on Climate Change (COP27) in Sharm el Sheikh, Egypt.

According to the Dominican Republic’s Vice Minister of Climate Change, Milagros de Camps, thirty years after the convention was established to seek a joint solution to climate change, “we have not fulfilled the ambition or financing commitments,” despite the strong voices of countries that, like the Dominican Republic, “are on the front lines of the impact of climate change.”

The recent pandemic and extreme weather events have highlighted the impact of climate change in these countries, which suffer “significant economic losses” as a result of natural disasters, and thus “recognize the urgency of establishing predictable financing mechanisms to face the damage linked to climate change is a matter of survival,” he said.

Actually, the temperatures are lower than 500,000 years ago, what climate change? It is going up and down like always 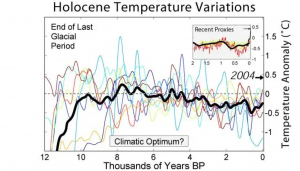 It is rather difficult for Dominicans to be critical of any other country when the DR is such an appalling polluter. Garbage smoke over cities , rubbish thrown into the rivers and the streets and the building of a coal fired power station must make the DR rather embarrassed . In addition diesel fumes hanging over the capital and sewerage into the water ways are the way of life here.