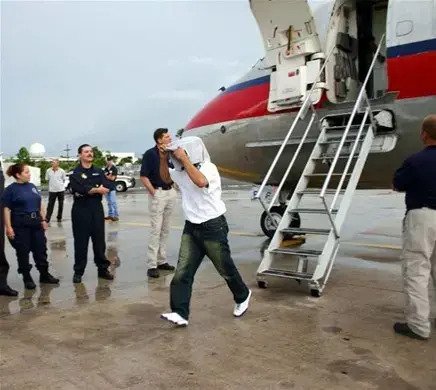 After serving sentences in various US prisons for drug trafficking, homicide, money laundering, violating immigration laws, and other federal crimes, the United States repatriated 86 Dominican ex-convicts to the country. So far in 2022, 1,198 Dominicans have been repatriated from the United States. The repatriates arrived on an SWFT LLC airline flight from Alexandria, United States, through the cargo area of the Las Américas International Airport, José Francisco Peña Gómez, amid strict security measures.

75 of the 86 Dominicans who were repatriated to the Dominican Republic are men of various ages, and 11 of them are women who had served time in US prisons, according to the information given. They were charged with drug trafficking, crimes, money laundering, breaking immigration laws, and other offenses, and the records indicate that they served sentences of 5, 10, and 15 years in prison in various US states. The Immigration and Customs Enforcement Service of the United States (ICE) transferred returned inmates from prisons to the country.

The repatriated ex-convicts were escorted on the plane by ICE members and Marshall agents, who handed over the repatriated Dominicans to an immigration service officer at the airport as part of the security measure. The 86 returned ex-convicts were transferred in two buses from the Las Américas airport to the Deportee Retention and Investigation Center in Haina by the General Directorate of Migration.

The airline indentification could be suggested to be corrected from that of SWFT LLC airline to Swift Air. Swift Air was taken over by Aero Airways, a charter flight operator. One of many clients Aero serves is US Immigration and Customs Enforcement for deportation flights.