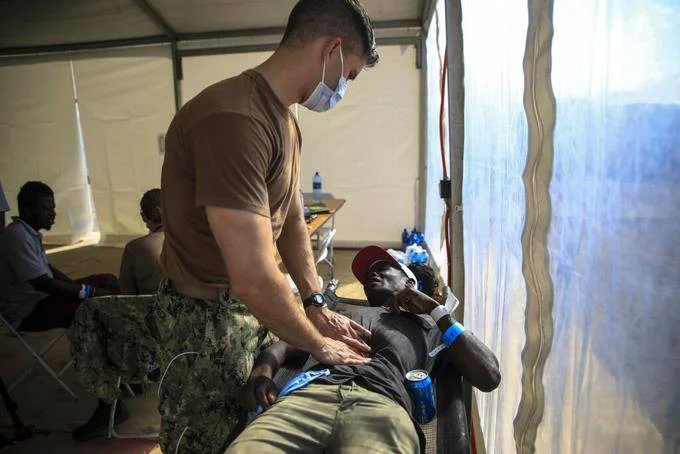 A batch of 1.2 million cholera vaccines has arrived in Haiti, where there is an outbreak of this disease aggravated by insecurity in the country, which prevents effective measures to be taken to control its spread, the World Health Organization (WHO) said today. The institution tries to closely follow the evolution of the disease in the poorest country on the American continent but encounters great difficulties given that 60% of the capital -where transmission is concentrated- has fallen under the control of criminal gangs, which prevents access to humanitarians and prevents people from traveling to treatment centers.

The person in charge of the division dedicated to cholera at the WHO, the epidemiologist Philippe Barboza, commented that everything indicates that the number of cases is not multiplying exponentially every day. Still, instead, their geographical extension is significant, “which increases the risk that the situation will worsen. With the vaccines that have arrived this week, a vaccination campaign will begin. According to the expert, there are 15,000 suspected cases of cholera, but only 900 have been confirmed in the laboratory.

The mortality rate from cholera in Haiti has reached 2%, which is exceptionally high for an infectious disease that is relatively easy to treat with antibiotics and rehydration when done on time. Sadly, the situation in Haiti illustrates what is happening in other places, such as Nigeria, where the terrorist group Boko Haram has come to control parts of the north of the country and there is also an outbreak of cholera. Barboza pointed out that in Haiti the situation is even more complicated than in 2010 when a cholera epidemic caused 10,000 deaths now there are levels of insecurity that were not seen at that time.

The WHO follows cholera outbreaks in 29 countries, the vast majority in situations of conflict or humanitarian crisis, and does not rule out that “more solid” countries may be affected if the outbreaks spread. The main factor behind so many simultaneous cholera outbreaks in the world – something that had not been seen in the past – is climate change, with a succession of droughts in some places, floods in others, as well as cyclones, according to specialists.