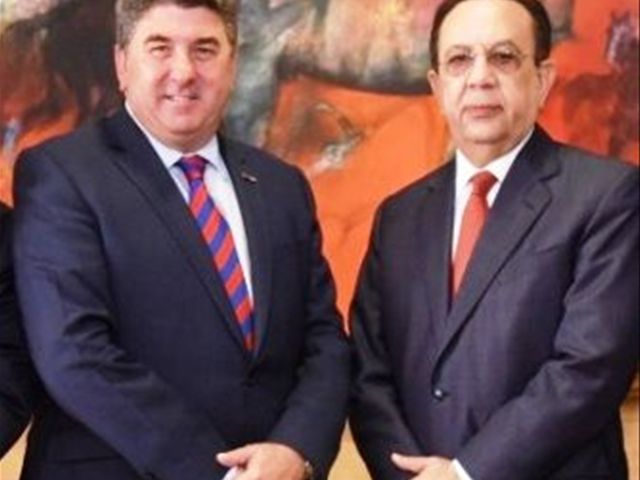 He said last week a team of the UK ExportFinance (UKF), a UK government agency, was in the country to establish the levelof cooperation it can offer the Dominican Republic for its infrastructureprojects.

He said Finance minister Donald Guerrero andEconomy minister Isidoro Santana, as well as Central banker Hector ValdezAlbizu, and the British companies, met to announce the level of coverage in twoweeks, "but I think it would be at least something like 500 million poundssterling, which would be for infrastructure projects that include energy, waterand others."

Campbell said his country could invest in anyproject, except in coal projects, because it was banned since January of thisyear, and the credit agencies can not support these types of projects.

Quoted by elcaribe.com.do, the diplomat said forthat financing, the Dominican Government has to identify and prioritize theprojects in which the UK will invest in financing.

He said the financing will have a lowinterest rate, since, like all development agencies, the interest is lower thanwhat the market can offer.

He cited as an example the solar energy plantlocated in Egypt, built with panels made in China, but with British management whichis 20%, established by the UKF.