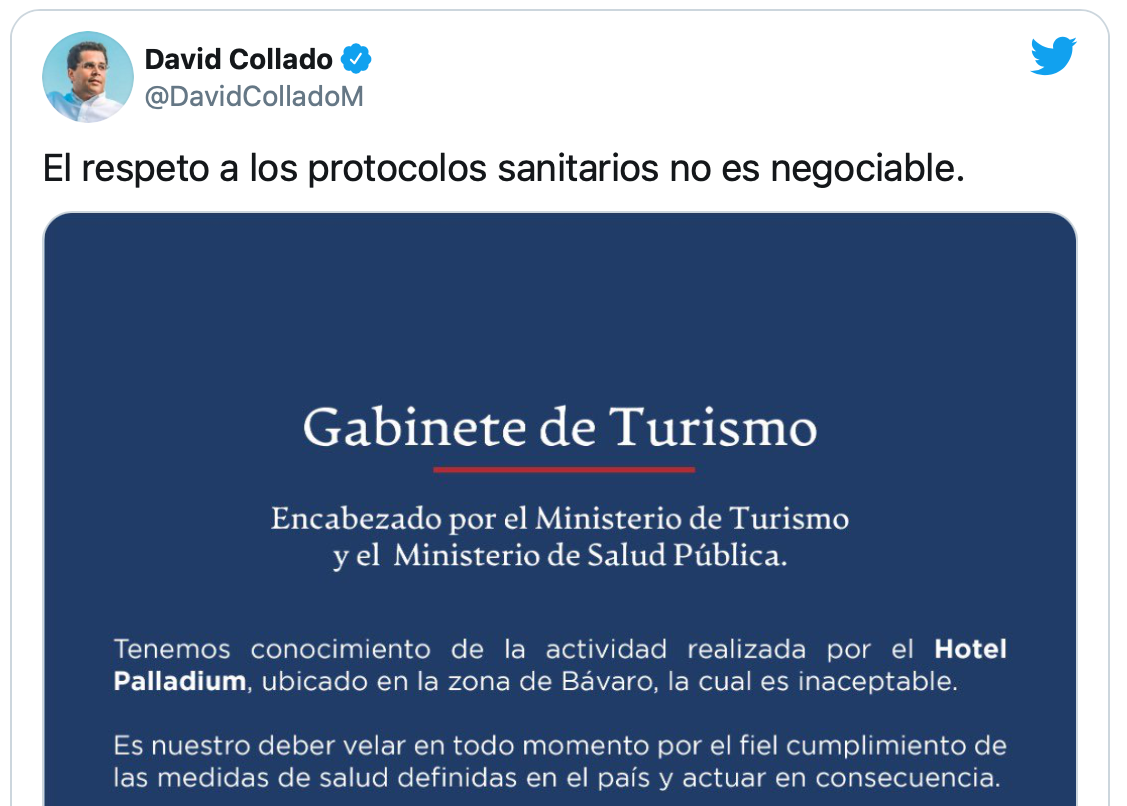 FOR ILLEGAL PARTY ON DECEMBER 31

Imposes a sanction of 4 million pesos

The Dominican Government imposed a hefty fine of 4 million pesos on the Hotel Palladium in the tourist area of ​​Bávaro next to Punta Cana, owned by the Matutes family, for organizing an illegal party on December 31.

The Tourism Cabinet announced this Friday that the fine is due for disrespecting sanitary regulations, specifically with resolution DJ 05/2020, which prohibits these establishments from holding parties until Sunday, January 10.

The Minister of Tourism, David Collado, wrote on Twitter that “respect for health protocols is not negotiable,” so that if Palladium incurs this offense again, they will suspend the operating license.

However, the Cabinet did not specify how long this sanction would last or if it would be permanent. “We must ensure at all times the faithful compliance with the health measures defined in the country and act accordingly,” read part of the message.

Likewise, the Tourism Cabinet indicated that the hotel mentioned above executives promised to have better measures in this regard.