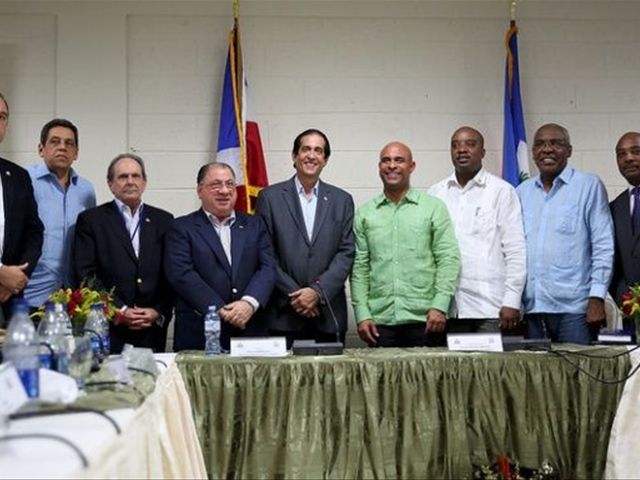 Santo Domingo.- The Haiti slated for Tuesday in the Haitian resort town Jacmel was postponed for the third time and rescheduled for May 6, the Presidency announced Sunday.

Commissioners from both countries were to discuss issues of migration, health and tourism, trade, among others.

The previous postponement had been attributed to Port-au-Prince’s dissatisfaction with Santo Domingo’s alleged breach of its pledge to submit a naturalization bill to Congress, after the conflict resulting from the Constitutional Court ruling on nationality.

President Danilo Medina consulted with a wide range of sectors on the issue, mostly with political leaders, and said a naturalization bill would be disclosed soon, despite that it wouldn’t satisfy everyone.