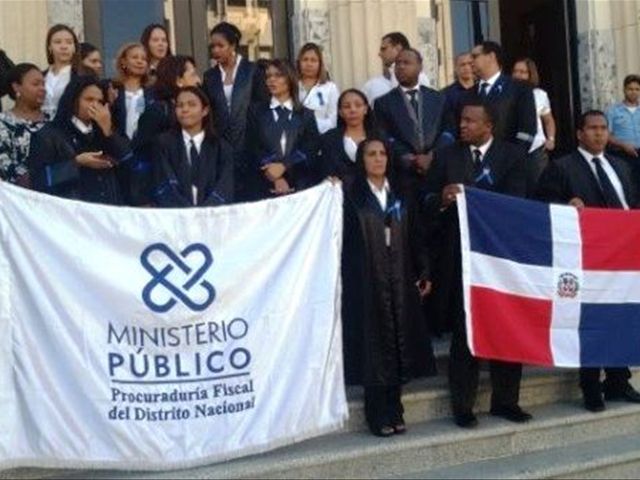 Santo Domingo.- Dozens of prosecutors from several Justice Ministry offices across the country staged a two-hour walkout on Tuesday to demand a wage increase, the first ever such protest in Dominican Republic’s history.

With pickets in hand the prosecutors halted their work in the various courts and at the National District Office of the Prosecutor at 9am and said they’ll return 11am.

They said the time has come for a wage hike, claiming that their work poses a threat to their life.