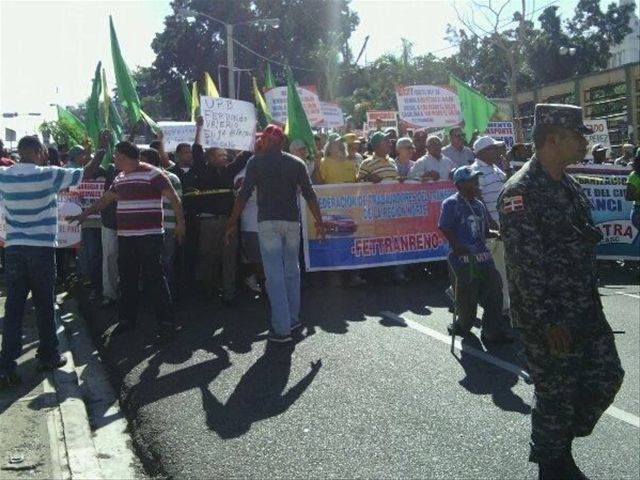 Santiago.- Under the watchful eye of dozens of police agents, radical priest Rogelio Cruz and representatives from transport and neighborhood organizations staged a walk Wednesday morning to demand the creation of Loma Miranda National Park and for the government to deal with issues affecting citizens, especially crimes against inhabitants.

The protesters which started the march at 9am from El Monumento also demand lower prices on fuels, staples, the paving of barrio streets, new roads and aqueducts.

Cruz recently headed nine days of rallies and meetings in New York City and New Jersey to promote the national park in the Central Mountains between the cities of Bonao and La Vega, where Swiss-based miner Glencore Falcondo seeks to extract nickel and other ores.