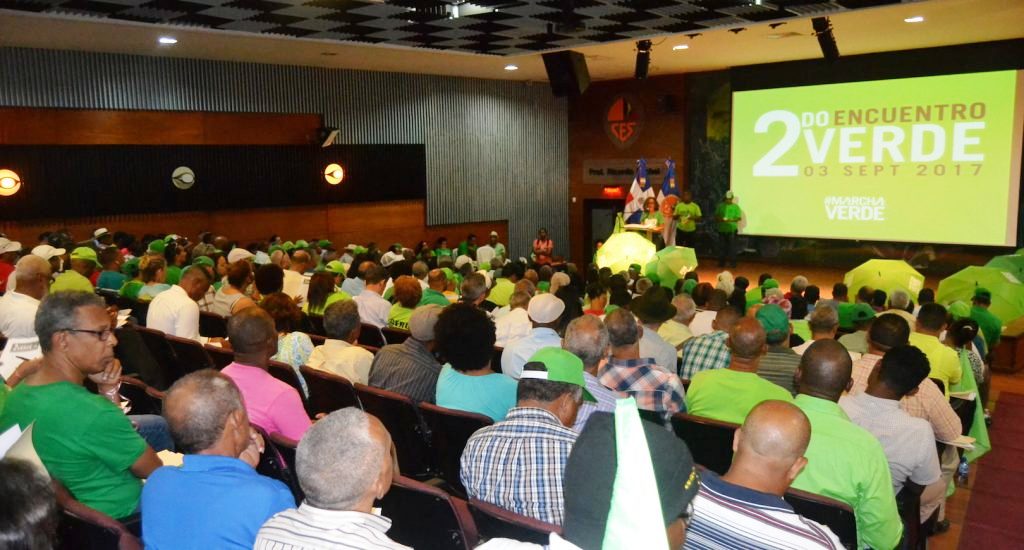 Greens in a previous forum

Santo Domingo.- The grassroots movement Marcha Verde (Green March) and other organized groups on Sun. held the Green Forum of Greater Santo Domingo, to announce its institutional and political transformation program that it will present in Jan.

With the slogan “With all of you and for all of you,” the Green Forum of Santo Domingo heard and received the proposals and commitments of the struggle as diverse as the approval of the concept of the recall of an elected officials linked to cases of corruption.

Moreover, among the proposals emerged figure a change in the way in which the Justice Minister is designated, the full independence of agencies such as the Accounts Chamber of, the rule of the “civil death” for officials who commit a felony, civic disobedience, a transformed armed forces, among others.