Traffic accidents were the main cause of death in 2021, according to ONE 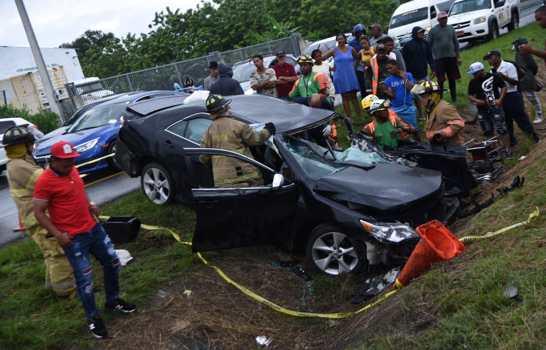 In the metropolitan region there were 1,120 traffic accident deaths. The National District (321) and Santo Domingo (799) (FILE).

Cases of violent and accidental deaths are the ones that generally occupy the headlines of newspapers and newscasts in the Dominican Republic. These are the ones of most significant concern for local authorities.

Thus, the National Statistics Office (ONE) periodically receives data from the administrative records of accidental and violent deaths in the country, which are registered by the National Police and the General Directorate of Traffic Safety and Land Transportation (DIGESETT), from which the essential variables are extracted and consolidated in databases annually.

From this data, ONE prepares the Yearbook of Accidental and Violent Deaths. The analysis of these deaths that occurred in the past year 2021 showed that traffic accidents were the number one cause of death in the country, with a total of 1,874, representing 42.7 percent of the cases. Of these, 1,647 were men, and 211 were women.

Traffic Accidents (the leading cause of death in 2021)

According to the data provided by the ONE, in the same year in the metropolitan region, there were 1,120 deaths due to traffic accidents. The National District (321) and Santo Domingo (799).

The analysis showed that in Northwest Cibao, 256 people perished from the same cause: Dajabón (45), Montecristi (94), Santiago Rodríguez (36), and Valverde (81).

Despite these statistics, homicides exceeded the number of traffic accidents in the metropolitan region, with 497: Distrito Nacional (148) and Santo Domingo (349).

These deaths are sad but mostly avoidable if government strongly enforced the laws on the books.

As long as people have no stable employment/income this will be our reality for long time…Negligence is in our DNA…alter mentality and results will be inevitable… You can’t squeeze water from the rock…they have no money, and nothing to be squeezed from them…half of the nation is depressed and semi-suicidal…Statistics of vehicular deaths and injuries are living proof of my statement…People have nothing to lose, value of their lives is same as anything unimportant and perishable…!!!…This is far deeper issue and the problem no one wants tackle, never mind trying to correct it…Good luck…!!!