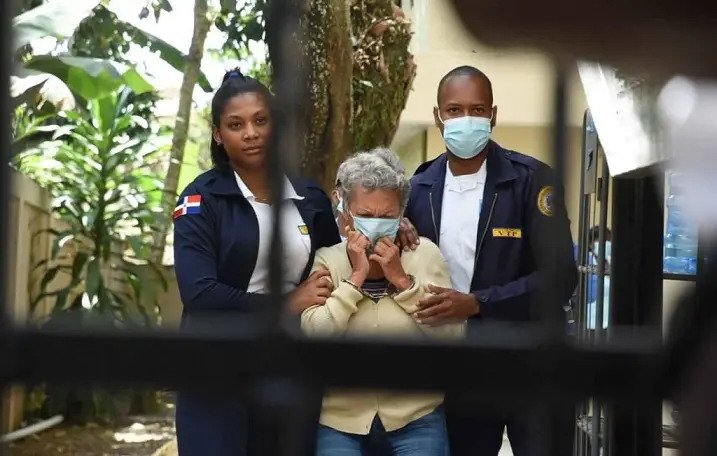 A court changed the measure of coercion against María Luisa (Mary Louise) Ventura Garrido, accused of the murder of the dancer and actress Patricia Antonia Ascuasiati Domínguez, from preventive detention to periodic presentation, together with an economic guarantee of two million pesos and an impediment to exit. The Public Ministry, for its part, has stated that it will appeal the decision of the investigating judge to modify the measure of coercion imposed on Ventura Garrido. The investigating judge, Antonia Rosario Mena Sudelgi, ordered the defendant to pay a bond of two million pesos through an insurer, to appear before the Public Ministry regularly, and to be barred from leaving the country.

At the hearing, the prosecutor objected to the variation of the measure that favors the defendant for homicide and that the judge justified based on “a civil and moral agreement presented by the parties.” The preliminary hearing and review of the measure were scheduled for Tuesday at the request of a party. The prosecutor was opposed to the variation of sentence for the homicide suspect. The preliminary hearing has been halted. “Only the civil claims of the parties have changed here, thanks to a conciliation agreement filed with the court by the victim’s relatives, but the budgets presented by the defense lawyers are the same as they were in court.” “The defendant’s deprivation of liberty was maintained,” said prosecutor José Fernández Javier.

Ventura Garrido is being held in preventive detention at the Najayo Women’s Correction and Rehabilitation Center on charges of homicide in the death of Ascuasiati Dominguez, which is a violation of articles 295 and 304 of the Dominican Penal Code. Ascuasiati Dominguez died several days later in a health center in Santo Domingo, after being run over by the defendant around 4:00 p.m. on February 15, near kilometer 40 of the Duarte Highway, Villa municipality Altagracia, in a north-south direction.