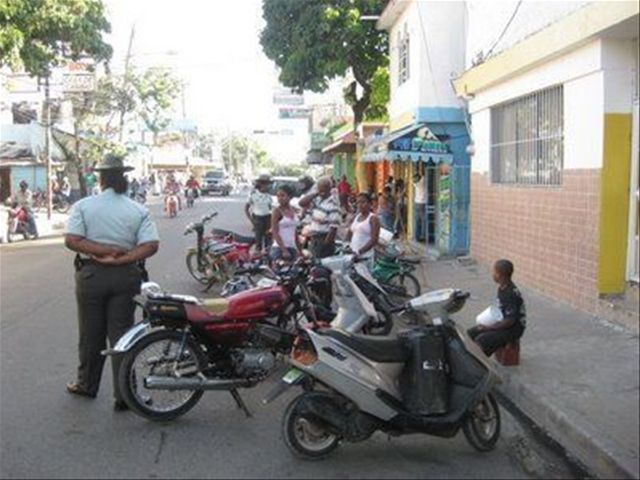 Santo Domingo.- The Metropolitan Transportation Authority (Amet), the Internal Taxes Agency (DGII) and the Technical Traffic Office (OTTT) announced the start of nationwide regulation of bikers file into the DGII database over 2,917,573 motorcycles, a large number of which are are assembled from parts.

The operation would create a single record, which identifies each of its uses, including passenger taxi (motoconcho), private, delivery, messengers and others.

The project will begin with moto-taxis, considered the largest group, with around 46,000 nationwide. Bikers will be required to obtain a new or renew their driver license, and pay for their first tag or renew them.

The moto-taxis will be issued a plate which identifies them as service providers, and a label to show where the motorcycle operates. For the census motoconchistas benefit them with helmets and vests.

All riders censured will be issued a numbered sticker which should be placed on the back of the helmet.