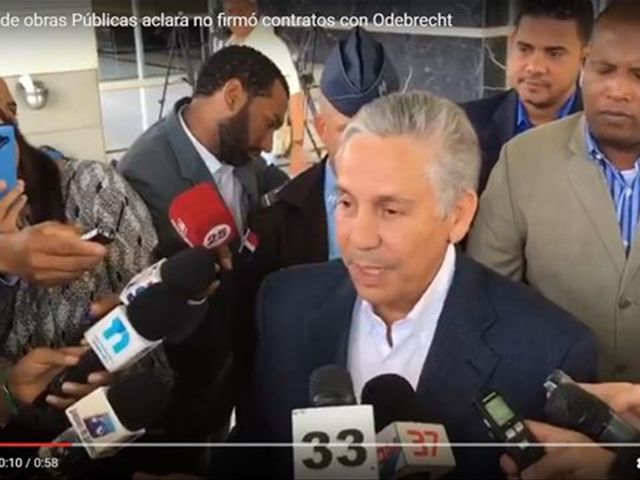 Santo Domingo.- Upon arriving at the Officeof the Prosecutor to be questioned on Odebrecht’s bribes to Dominicanofficials, former Public Works minister and former head of Santo Domingo’s WaterUtility (CAASD), Freddy Pérez said he didn’t sign any contracts with theBrazilian company during his tenure.

He noted however that Justice minister JeanAlain Rodriguez’s call for questioning didn’t surprise him, "becauseeveryone who was an official and is subpoenaed must comply."

"Let me tell you one thing: I reallyhave to go to the prosecutor’s call but if it’s the contract with Odebrecht, Idid not sign any contracts in any of the institutions I was in. I was in theCAASD in 97, I was in INAPA (national aqueducts) in 98, I was in Public Worksin 2004, I was in CAASD in 2010, but for some reason I did not sign anycontract in any of the agencies with that institution. I’m just here becauseI’ve been called," Perez said.

In addition to Perez, former INAPA directorRoberto Rodriguez is slated to arrive for questioning on Tuesday.