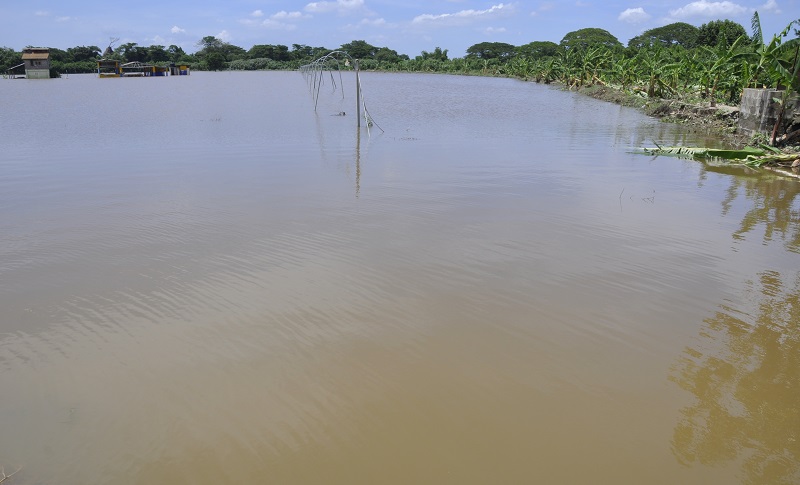 They said losses are over RD$1.0 billion (US$20.8 million) in the banana sector, and thousand of hectares of rice.

Rivero and Espaillat agreed that their sectors “have gone from crisis to crisis,” as the result of previous droughts and then floods.

Espailat stressed that losses to the banana sector, the main export product, exceed one billion pesos, which adds up to over US$300.0 million last year. “In livestock there was also a lot of damage not only on farms, animal losses and investments, but also on farm structures and road problems.”

Hurricane Maria hit banana growers the hardest, which in the Northwest Line flooded 85 thousands of hectares of plantations, according to the Dominican Banana Association

“Many of the plantations were planted with Agricultural Bank loans of RD$1.3 billion and another RD$700 million from private banks,” the business leader said.

Espaillat said many of those affected still hadn’t recovering from the damage caused by the downpours in November “and now face this new situation.”

Although María caused the greatest damage, Hurricane Irma had already damaged 42.8% of the farms.