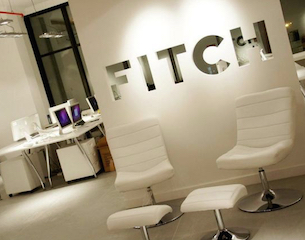 Fitch expects GDP growth of 5.8% in 2019, dipping from 7% in 2018, as private investment growth moderates and consumption remains robust, supported by a monetary easing in the form of a reduction in the bank reserve requirement on peso deposits. Fitch expects post-election fiscal tightening to slow the pace of economic growth to 5.1% in 2020, while investment accelerates in 2021.

Public finances are weak relative the the ‘BB’ category. General government (GG) debt (Fitch approximates this using non-financial public sector [NFPS] debt), stands at 40.2% of GDP and is in line with the current ‘BB’ median in 2018, but Fitch expects it will continue to rise gradually over time. The interest burden, at 16.4% of revenues, is well above ‘BB’ peers. The low revenue base, 14.9% of GDP, constrains the government’s debt tolerance while the GG debt/revenue ratio of 270% is high relative to the current ‘BB’ median of 155% in 2018.

Off-balance-sheet liabilities are growing as a result of the central bank’s operational losses (averaging 1.4% of GDP per year during 2014-2018) as well as off-balance-sheet NFPS liabilities resulting from recurrent electricity system losses, supplier arrears, and government trust liabilities. Consolidated public-sector liabilities totaled an estimated 57.1% of GDP at year-end 2018. The consolidated public-sector liabilities figures include (figures as of year-end 2018): GG (NFPS) debt excluding the central bank recapitalization bonds (36.9% of GDP), central bank debt (15.3% of GDP), accrued supplier arrears (estimated at 1.6% of GDP based on the 2019 budget), securitized electricity system debt (estimated at 1.6% of GDP), outstanding public utility arrears to electricity generators at year-end (1% of GDP) and liabilities of the RDVial trust for transport infrastructure (0.7% of GDP).

General government deficits (NFPS, excluding central bank operational losses) have averaged 3.7% of GDP over the past four years and are larger than the ‘BB’ median. The GG deficit narrowed to 2.8% of GDP in 2018 from 3.6% of GDP in 2017 (including the central government statistical discrepancy and interest payments on a cash basis from the public credit NFPS debt statistics), resulting from tax administration gains, lower current transfers (including central bank recapitalization transfers) and capital spending. Fitch’s base-case expectation is for higher 3.3% of GDP average GG deficits in 2019-2020 with upward interest costs and an increase in election-related spending offsetting tax administration gains and operational savings from a new state-owned electricity generator.

In Fitch’s view, risks to the fiscal outlook are broadly balanced. On the one hand, the post-electoral period following national elections in 2020 offers a policy window to legislate for and implement key reforms. Conversely, further delays in adopting such reforms will result in a continued rise of government debt and public-sector liabilities. In the short-term, tail risk of fiscal slippage exists if the elections are competitive among the main parties for the presidency and control of congress in May 2020 and the largest cities amid municipal elections preceding in February 2020. The three key reforms—of public finances, reduction of financial losses in the electricity system, and central bank recapitalization—have remained stalled since 2016 despite the PLD party’s control of the presidency and congressional majorities in the upper and lower chambers due to internal fissures. The main governing and opposition party platforms support Dominican Republic’s macro institutions and the country’s free-market economic model.

The government met its financing needs mainly with USD3.1 billion global bond issuance in 2018, including Dominican Republic’s first peso-denominated global bond. The government repaid a USD500 million maturity, one of its first bonds issued at its re-entry to the international market, then issued USD2.5 billion global notes in 2019.

Dominican Republic’s external finances flow metrics are improving, but the balance sheet is weaker than the ‘BB’ median, as a result of its net external debt/current external receipts (CXR) ratio of 55.5% in 2018, higher than the current ‘BB’ median. The large foreign-currency share of government debt (67.7% in 2018) and import price pass-through to inflation for the island economy restricts the central bank’s exchange rate flexibility.

Other external variables exhibit a positive trend. The current account deficit remains small (1.4% of GDP in 2018) and financed by net foreign direct investment (FDI). Fitch expects the current account deficit to remain less than 2% of GDP during 2019-2021, supported by moderate oil import prices. Its CXR sources are diversified although sensitive to the U.S. economic cycle, and its commodity export dependence is well below the current ‘BB’ median.

Dominican Republic’s external debt service (4.9% of CXR in 2018) is in line with the category, and its external liquidity is gradually improving. The international liquidity ratio above 160% in 2018 is supported by the central bank’s gradual foreign reserve accumulation and the even amortization schedule of international bond maturities.

The Dominican banking system (multi-service commercial banks) has adequate average capitalization (15.7% at March 2019) and liquidity (20.4% of deposits) with low non-performing loans (1.6% of credit) that are more than 100% provisioned under normal economic stress conditions. The banking system remains profitable (18.6% average return on equity at March 2019). Real private credit growth averaged 9.2% yoy during January 2019-May 2019, consistent with a high five-year average of 11% yoy for 2014-2018.

Other structural factors are evolving closer to the ‘BB’ median. Dominican Republic’s per capita income of USD7,920 exceeds the current ‘BB’ median of USD6,345 for 2018. The sovereign’s governance, social and ease-of-doing-business percentile rankings are just below the ‘BB’ median.

Fitch’s proprietary SRM assigns Dominican Republic a score equivalent to a rating of ‘BB+’ on the Long-Term Foreign-Currency (LT FC) IDR scale. Fitch’s sovereign rating committee adjusted the output from the SRM to arrive at the final LT FC IDR by applying its QO, relative to rated peers, as follows:

–Public finances: -1 notch, to reflect weaknesses in the fiscal structure owing to low revenues and rigidity of large current expenditures; and material contingent liabilities from ongoing financial losses of public utilities and the large debt of the central bank.

Fitch’s SRM is the agency’s proprietary multiple regression rating model that employs 18 variables based on three-year centred averages, including one year of forecasts, to produce a score equivalent to a LT FC IDR. Fitch’s QO is a forward-looking qualitative framework designed to allow for adjustment to the SRM output to assign the final rating, reflecting factors within Fitch’s criteria that are not fully quantifiable and/or not fully reflected in the SRM.

The Rating Outlook is Stable. The main factors that, individually or collectively, could lead to a positive rating action are:

–Strengthening of the government revenue base and/or fiscal consolidation leading to public debt reduction;

The main factors that could lead to a negative rating action are:

–Deterioration of the international reserves position and current account deficit.