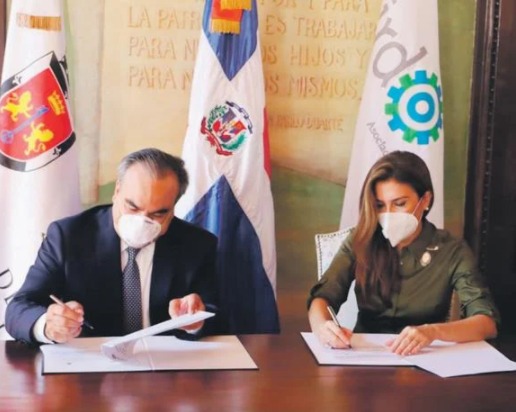 The Mayor’s Office of the National District (ADN) and the Association of Industries of the Dominican Republic (AIRD) signed an agreement through which the separation of plastic bottles and the placement of 50 new Nuvi Points for the collection of the same in different places will be promoted from the capital city.

The agreement was signed by Carolina Mejía, mayor of the National District (ADN), and Celso Juan Marranzini, president of the Association of Industries of the Dominican Republic (AIRD).

Executives from the two organizations also participated in the ceremony, held at the Palacio Consistorial de la Zona Colonial headquarters.

The agreement is carried out within the framework of the circular economy project developed by AIRD, which has the specific objective of reducing and making the most of the amount of post-industrial and post-consumer waste generated in the Dominican Republic.

Within this framework, it was decided to create a non-profit institution called NUVI, which aims to lead the circular economy’s objectives and support integrated waste management systems for their recovery in the Dominican Republic. The first integrated management system created by NUVI is that of PET plastic bottles.