Abinader calls for national unity to incorporate new actions against Covid-19; curfew is maintained in DR 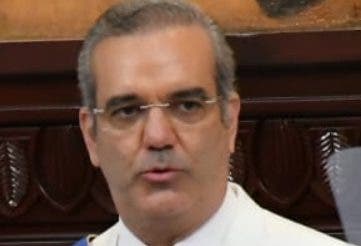 Luis Abinader, President of the Republic

SANTO DOMINGO .- President Luis Abinader called on the entire population in a general sense, to accompany the authorities in the incorporation of the recently announced plans to face the Covid-19 pandemic.

During the press conference in which the vice president and coordinator of the Health Cabinet, Raquel Peña, announced the new measures, Abinader announced that next week he will meet with the national leadership to discuss the effects of the crisis and the plans related to education and other aspects, to understand that it is a matter of nation.

“We all have to participate, so we ask the Dominican Medical College to accompany us in this great task,” said the president.

The Health Cabinet of the new government announced the action plan initiated to contain the spread of the virus that includes the supply of PCR tests and other necessary supplies, the hiring of 1,000 doctors, the authorization of 17 public and private laboratories in all regions to streamline the application and get more than seven thousand tests a day, the increase in the availability of beds and the inclusion and participation of municipalities and social organizations in the development of program activities.

Peña explained that the objective is to speed up the delivery of results and increase the taking of PCR samples per day from some 3,000 that are currently carried out to more than 7,000. And to bring this service closer to the entire population, for which seven private laboratories have already been enabled that They are added to the four existing ones that offer this service.

Additionally, the management capacity of the Dr. Defilló National Laboratory is being strengthened to overcome congestion and delay in taking and processing PCR tests.

As part of the actions to ensure the supply of supplies, the vice president reported that Public Health would receive 100,000 PCR tests on Tuesday, and an order has already been placed for another 100,000.

In the same order, Public Health estimates that by August 30 -only in the public sector- there will be an increase of 20% in the number of beds available in Intensive Care Units (ICU) and “depending on the behavior of the curve of infection, we will continue to incorporate new facilities, ”says the ministry.

Other information is that 2,050 beds are available in 9 centers, available for the care and isolation of people with positive results who do not have the possibility of remaining isolated in their homes.

Likewise, the new authorities announced that the curfew remains in force to prevent the spread of coronavirus.