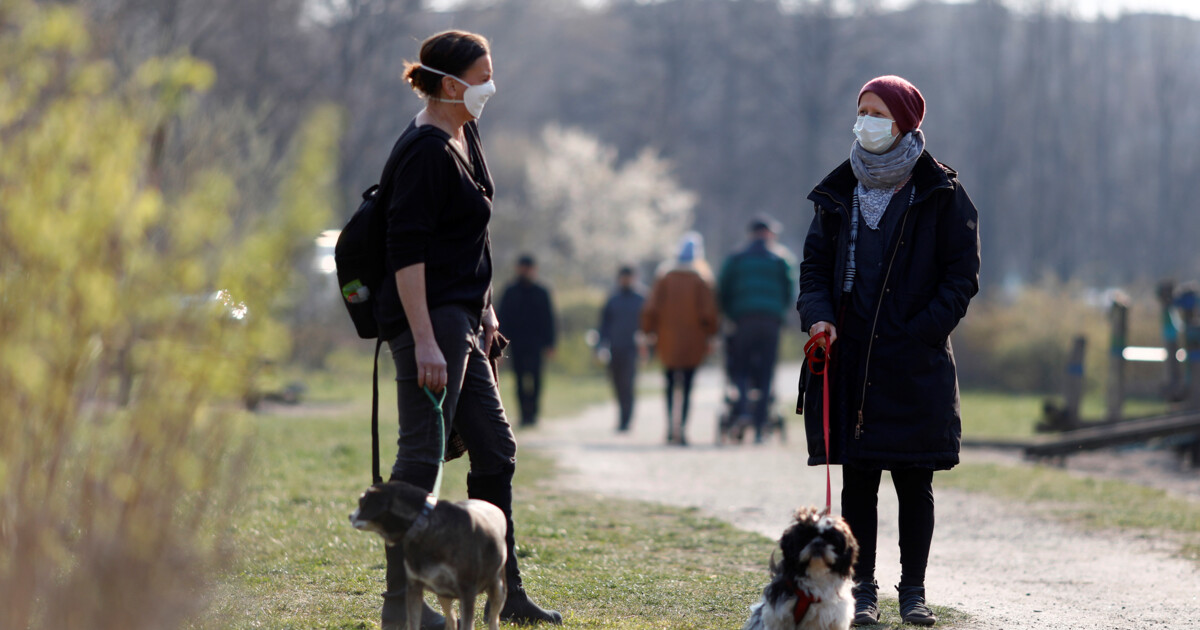 What are the risks when you go out for a walk with a friend? Can you get the coronavirus from a person who runs past you or from another who takes refuge at a bus stop to escape the rain?

What Makes the Outdoors Safer?

Researchers say contagions can occur outdoors, but the chances are greatly reduced.

The open-air disperses and dilutes the virus. It also helps evaporate the liquid droplets in which it is transported. Also, ultraviolet sunlight should kill any viruses that are outdoors.

Even so, there are some cases in which it is believed that the infections occurred abroad.

One study found that two men in China talking face to face for at least 15 minutes was enough to spread the virus.

So the risks are low but not zero, but what are they?

How close are you to others?

If someone is infected, perhaps inadvertently because they have no symptoms, they will release the virus when they breathe, especially if they cough.

Some of that will be transported in droplets, most of which will quickly fall to the ground, but could reach your eyes, nose, or mouth if you are within six feet.

So the advice is to avoid being face to face if you are so close. The infected person will also release smaller particles called aerosols. Indoors these can accumulate in the air and be a hazard, outdoors they should disperse quickly.

Walking near someone on the street or being passed by a runner means that the two of you are together for a maximum of seconds. Fleeting encounters are unlikely to be long enough for a sufficient amount of the virus needed to infect you to reach you.

“We don’t want people to be afraid to cross paths in the street,” says Professor Cath Noakes, a British government adviser who speaks in a personal capacity.

She says someone would have to cough directly and you inhale at the wrong time for contagion to occur. But he also warns about friends who spend a lot of time together outdoors and think they are completely safe. Going for a run with someone and following them closely for 20 minutes or more and breathing in their wake could be a problem, he says.

“The sad reality is that your greatest risk comes from the people you know.”

Are you really outdoors?

Scientists agree that contagion risks are low in wide-open spaces. But they are concerned about areas that are not only crowded but partially closed, such as market stalls or bus stops.

Whenever the air is still, it can stagnate and become polluted.

It is in settings such as narrow roads or lines with many people that government advisers say that face-covering may be necessary.

Can you get Covid-19 from touching a park bench (or other surfaces)?

If an infected person coughs into their hand and then wipes it on a surface, the virus can survive there for hours. Researchers in the US found the virus on the handles of garbage cans and buttons on pedestrian crossings.

They believe that this may have caused infections in the area, although at a relatively low level compared to other ways of spreading the virus. But in the winter, the virus can last longer outdoors. The coronavirus survives at low temperatures and that may be one of the reasons why there have been outbreaks in cold meat processing plants.

Added to that, in the Northern Hemisphere it is the season when the nose tends to run from the cold, and a common reaction is to wipe it with your hand. That could increase the chances of surfaces becoming contaminated.

However, many scientists now think that the amount of virus that would likely remain on a surface in this way would be minimal and would only spread within an hour or two.

“The possibility of transmission through inanimate surfaces is very low,“ says Professor Emmanuel Goldman of Rutgers University in New Jersey.

Where are the biggest risks?

All the evidence points to the vast majority of COVID-19 infections occurring indoors. The virus is transmitted through human interaction, especially when people are together for a long period of time.

That means the virus can spread in a number of different ways.

Infected droplets can land on nearby people or contaminate surfaces that others touch.

And if rooms are congested, tiny virus particles can collect in the air and be inhaled.

It is in homes that all of this is most likely to happen.