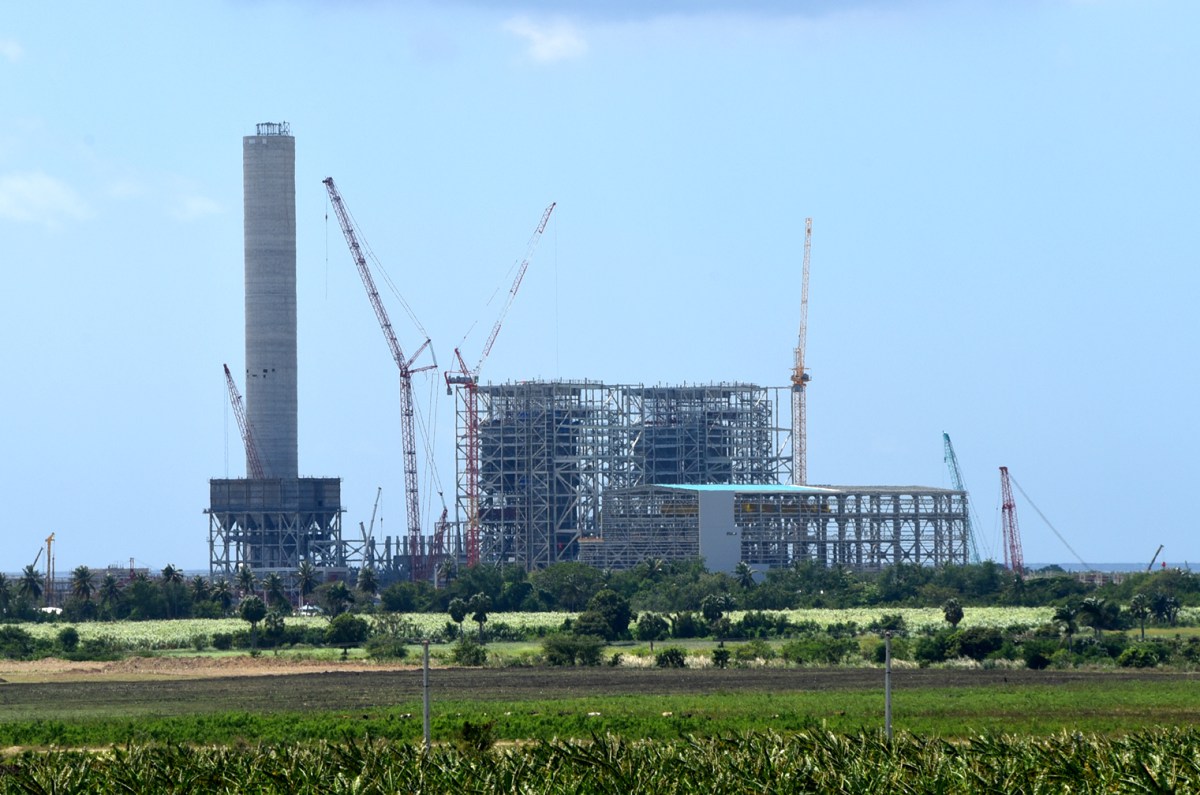 In a press conference Aristy denied the assertion by the National Committee to Combat Climate Change, that the recent downpours had flooded the plant for several days. “Certainly there was accumulation of water, as is normal anywhere when it rains, but the photo they presented in the social networks obeys to a part far removed from the construction itself.”

“We can say to the entire country that fortunately the project has continued to function normally. The rains have not affected it, and is evident because the level of work remains the same as was recorded just before the rains,” the official said.