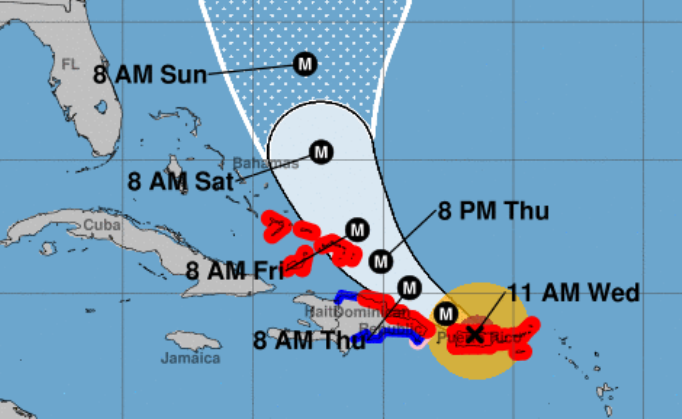 Maria, a category 4 hurricane, packs winds which slammed Puerto Rico on Wednesday, began to be felt past 9am, according to outlet .

Maria continued as category 5 hurricane yesterday and slowed to a 4 Wed. morning, in its punishing track through the Caribbean.