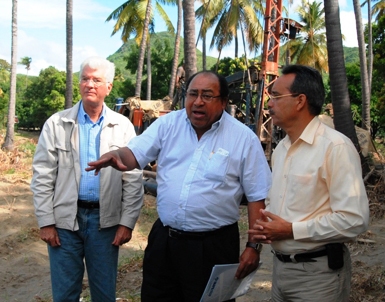 Santo Domingo.- A group of lawyers on Wed. demanded that the Office of the Anticorruption Prosecutor provide information on the complaint filed by several builders, who accuse Ángel Rondón of defrauding them out of over RD$100.0 million.

Plutarco Jáquez, lawyer for one of the builders, said the lawsuit, despite that it was filed last August the authorities have yet to provide a response.

Jáquez, quoted by diariolibre.com, said as the result of extortion against Batista Matos the bank seized his house, seized some lots, and accepted RD$21.0 million because he had to meet his commitments.