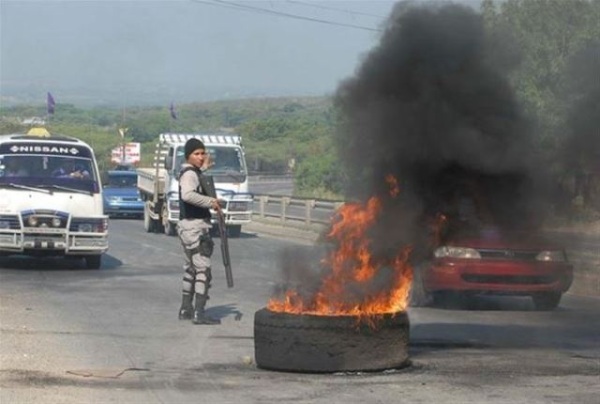 Santo Domingo.- The outspoken leftist organization (FALPO) and other grassroots groups on Monday reiterated the call for a 24-hour strike for tomorrow Tuesday in the city of Salcedo.

The FALPO said the demonstration will be held to demand several public works from the government, in addition to halting corruption and impunity.

In a statement the group said they demand lower prices on fuels, electricity and the “clarification of the deaths of six people and 30 injured during a protest in 2012, a bloody June.”