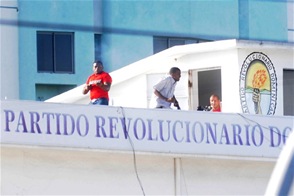 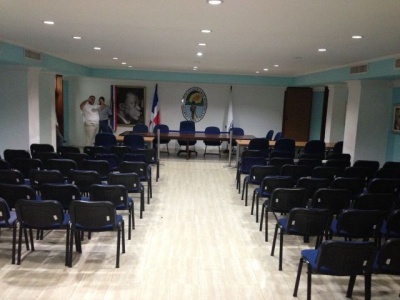 The incident confirms the once-powerful PRD’s reputation whose gatherings end up as “a party of monkeys,” where chairs fly.

The melee was parked by the refusal against a group that wanted to enter the premises, since it was an event that allowed access to only PRD delegates.

Several videos of the incidents show how a member of the security is bleeding at one of the exits of the Sports Palace, where the activity took place.

It was reported that trying to prevent the group from entering, the man sustained cuts to his face when he hit a glass division.