Sunny in much of the DR with some scattered and isolated rains thundering towards some localities. Weather Alerts persist 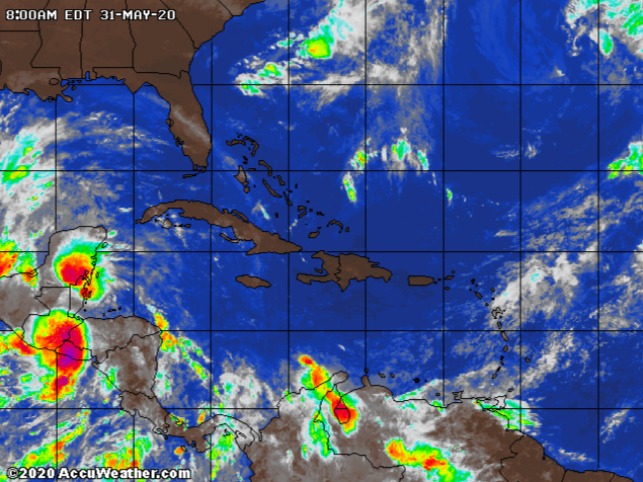 The incidence of an air mass with lower humidity content and with the presence of Saharan dust will be limiting the cloudy and rainy events over the DR today for Mother’s Day. However, a weak trough in the lower and middle levels of the troposphere, in combination with the local effects of daytime and orographic warming, will cause some clouds in the morning hours and in the late afternoon with scattered showers and isolated thunderstorms over localities in the regions: Northwest, eastern plain, Caribbean coastal coastline, and the Cordillera Central.

By Monday morning, it is forecast to be cloudy from morning hours with locally moderate downpours, occasional thunderstorms and possible gusts of wind over sectors of the regions: Northeast, Southeast, Southwest, Central Cordillera and border area. These conditions will be the result of the approach of a tropical wave and the effects of a trough at various levels of the troposphere.

Temperatures will continue to be hot, especially in urban areas. In this sense, we encourage you to drink enough liquids and wear light clothes. On the other hand, the rainfall deficit persists in a large part of the national territory, in this sense, we recommend that you adopt the measures to ration the use of water.

Today: Mostly sunny with cloudy in the morning hours and at the end of the afternoon with scattered rains and isolated thunderstorms over localities of the regions: Northwest, Eastern Plain, Caribbean coast, and the Central Cordillera.

Tuesday: Moderate to heavy precipitation events and thunderstorms are forecast to continue to various parts of the country, as a result of the effects of a trough present at various levels of the troposphere.