The Sahara dust will continue this week in Dominican Republic 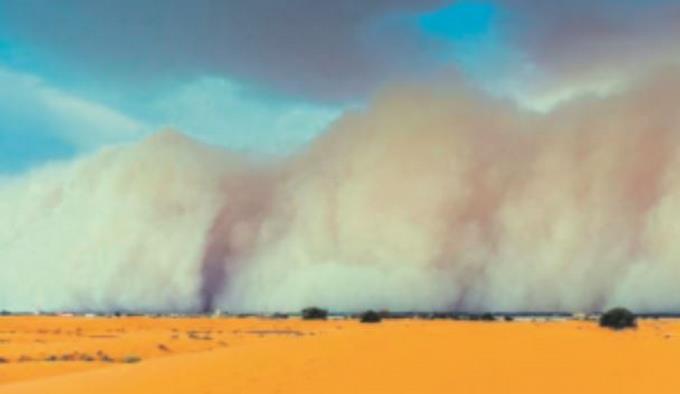 During the month dust will continue to arrive.

Dust particles from the Sahara persist over the Caribbean and the Dominican Republic, and although they remain less intense on the island, the forecasts of the National Meteorological Office (ONAMET) are that by next weekend it will intensify again in the area.

Onamet reported that it maintains the recommendations for the general population to use protective masks, especially people with respiratory problems and allergies.

“We are going to start the week with the incidence of dust. Between Tuesday and Wednesday, it will decrease, but between Saturday and Sunday, another wave is coming,” meteorologist Julio Ordóñez informed, explaining that the particles will continue to arrive in the country in July, although with less intensity.

Onamet reported that a tropical wave was located several hundred miles west-southwest of the Cape Verde Islands, moving west-northwest at 15 to 20 miles per hour.

The phenomenon is expected to reach some development in the next 48 hours. It is recommended to drink a lot of liquids due to the high temperatures.

Hurricane season began on the 1st of this month and ends on November 30.