Dominican government will pay families to foster the elderly The recruitment of adults will begin this week in neighborhoods. 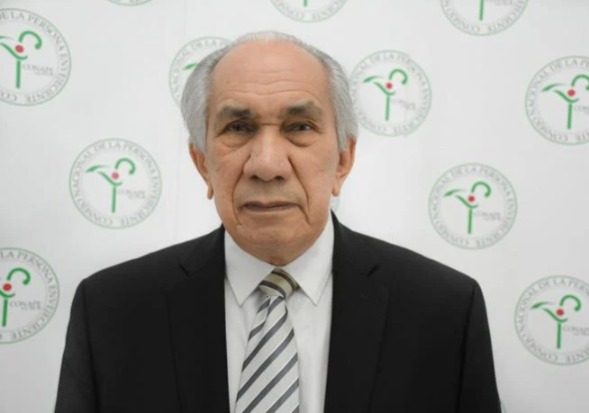 A new program called “Homes with Cariño” that seeks to give economic incentives to families who take in their homes older adults who are uprooted from their biological family nucleus will be launched by the National Council of the Aged Person (CONAPE).

The search and recruitment of families in the different neighborhoods or sectors of the country will begin this week. With this, it is sought that these homes and receiving economic support from the State become the new social family of the elderly who lacks a roof or attachment family.

The details were offered to Listín Diario by cardiologist José García Ramírez, who has been the executive director of CONAPE for a few days. He explained that the search will be done in the sectors, but that families interested in entering the program can contact the institution to be subjected to evaluation and screening before assigning the older person or adults.

Another of the programs that the renowned doctor has in the file and has already begun to implement is to massively publicize Law 352-98 on Protection of the Aged Person so that the entire population, including the elderly, know their rights and the benefits included, including discounts on transportation, cinemas, theaters, and other services.

To do this, he said, he began meetings with the mayors regardless of the political party they belong to and the governorates to deliver a copy of the law that creates CONAPE because it seeks that all civil authorities, military, officials, public and private sectors know the rights of the elderly who live in their communities.

More than a million

He recalled that currently, the country has 1,058,000 older adults. On October 1st, the International and National Day of the elderly is celebrated. CONAPE has scheduled activities including a Eucharist, an act in the National Palace, and a floral offering.

Caregivers will be assigned

He stressed that CONAPE is a public institution at the service of all the elderly in the country, where they receive legal support, shelter in day or permanent homes, family reunification, medicines, medical and food services, among others.

He said that the route would be reversed. Instead of the elderly coming to CONAPE, it will be the institution that will reach them and work so that they receive the medical attention they need in their own homes with primary care criteria and that There will even be a staff to support their caregivers.

Dr. García Ramírez said that access to solidarity pensions would be expanded so that the elderly with limited resources can receive about 6,000 pesos per month. Also, programs will be opened that allows them to participate in sports and recreational activities.