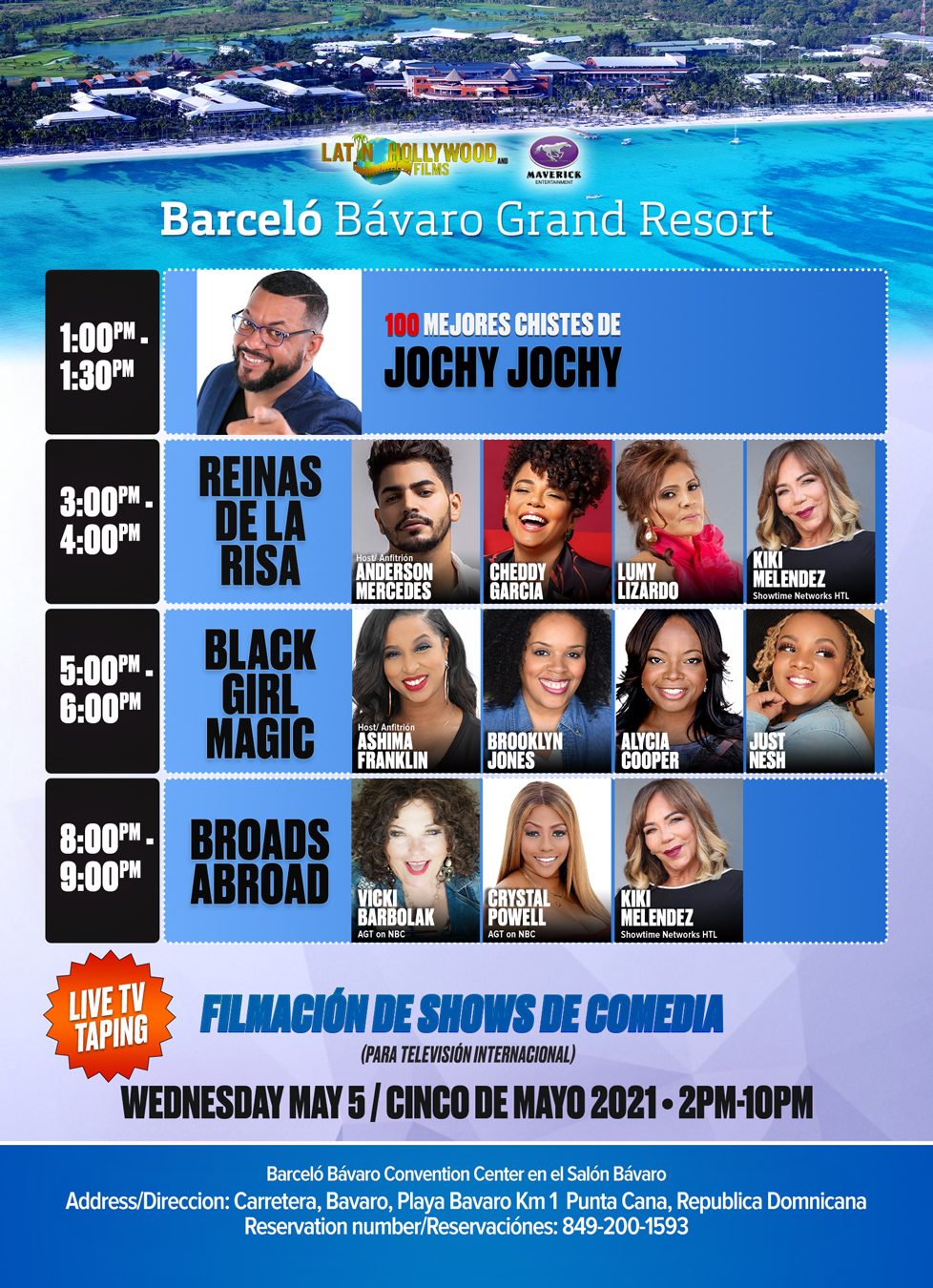 Triumphant returning Dominicana Kiki Melendez brings a powerhouse showcase of female talent back to the island in Punta Cana on May 5th, 2021

In partnership with Barceló Bávaro Grand Resort, Latin Hollywood Films and Maverick Entertainment will be filming a series of television comedy specials on May 5th, 2021, in Punta Cana, Dominican Republic. The production will include three multi-cultural, multi-language shows: Broads Abroad and Black Girl Magic, produced in English, and Reinas de la Risa in Spanish. These highly anticipated one-hour programs will be ready for worldwide distribution in August 2021.

Broads Abroad showcases a trio of popular US comediennes who travel to the tropical resort town of Punta Cana fishing for an audience. Created and starred by Kiki Melendez (Showtime’s Hot Tamales Live!) and Vicki Barbolak (America’s Got Talent on NBC), it also features Crystal Powell (NBC’s AGT).

“In these specials, we are merging two genres —travel and comedy— to create a truly unique entertainment mix that’s perfect for these trying times,” said Executive Producer Sarkis Semerjyan.

“With this series of all-female comedy specials, I wanted to do what we’ve always done at Latin Hollywood Films, which is to give women a platform to showcase their talents worldwide,” said series co-creator Kiki Melendez.

The comedy specials will be filmed back-to-back at the Barceló Bávaro Convention Center’s Salón Bávaro, located at the prestigious 5-star Barceló Bávaro Grand Resort in Punta Cana, Dominican Republic. The audience will consist mainly of resort guests, all of whom will abide by international Covid guidelines during production.