Abinader condemns alcohol adulteration and seeks punishment for those responsible 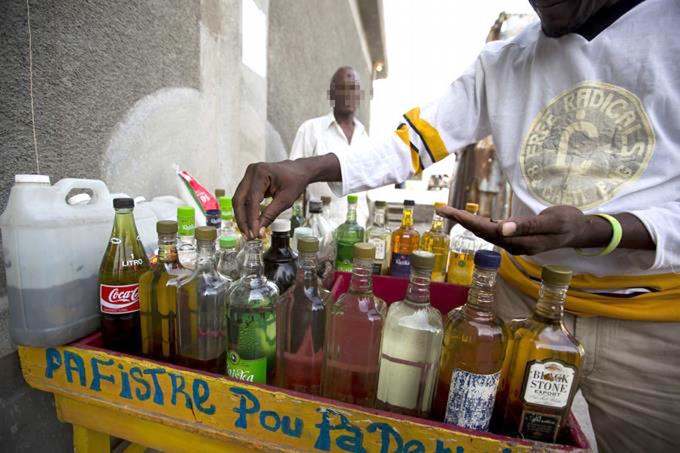 The authorities maintain an epidemiological alert on the consumption of adulterated alcohol, which has already caused a score of deaths and more than 100 affected.

The health authorities said that two possible sources had been identified: adulterated clergy and a cocktail.

Santo Domingo, DR
President Luis Abinader asked the justice system to act severely against clandestine manufacturers and marketers of alcoholic beverages that have taken the lives of more than 20 people in recent weeks.

The president said that there is a lot of recidivism of people who have been subdued, and after processing through the justice system, they return to the practice.

“We believe that we must be much more severe with them,” Abinader emphasized.

The president spoke on the subject in response to a question asked by journalists covering the National Palace about his concern for the deaths caused each year by the country’s consumption of clergy.

“The police and military agencies complain that the people who are subjected, that the justice system also acts, because there is much recidivism in these cases,” said the president.

On his side, the Minister of Industry and Commerce, Victor Bisonó, informed that yesterday more than 8,000 bottles of clerene (clergy) were seized in Cabral, Barahona. He added that the operation was mounted at 8:30 in the morning, and they seized 23, 55-gallon tanks.

The number of people who died in the last few days as a result of the ingestion of adulterated alcoholic beverages has risen to 21 and the number of people affected in the country to more than 80, revealed yesterday the Ministry of Public Health, which is maintaining an active epidemiological alert in this regard.

The data were provided yesterday by the director of Epidemiology of the Ministry of Public Health, Dr. Ronal Skewes, together with other sector authorities, who called on the population to abstain from drinking unregulated alcoholic beverages.

They emphasized that the cases of methanol intoxications continue to increase and that the deaths have been registered in different parts of the country, including the National District, Santo Domingo East, and West Santo Domingo municipalities the provinces of Monseñor Nouel, Santiago, and Puerto Plata.

The outbreak of methanol intoxication started during the Easter holiday. Among those affected, 53% are male, and 33% are between 20 and 29. Health authorities highlighted that two possible sources had been identified, one through adulterated clerene and the other through a prepared drink, a type of frozen cocktail called “Monday’s.”

Attorney General’s Office investigates
Yesterday, the Specialized Prosecutor’s Office for Crimes and Offenses against Health (Pedecsa) informed that together with other government agencies, it is pursuing the manufacturers and distributors of adulterated or illegally manufactured alcoholic beverages throughout the country. Rafael Brito Peña, departmental head, informed that they began to investigate the origin of the drink due to the deaths that occurred recently.