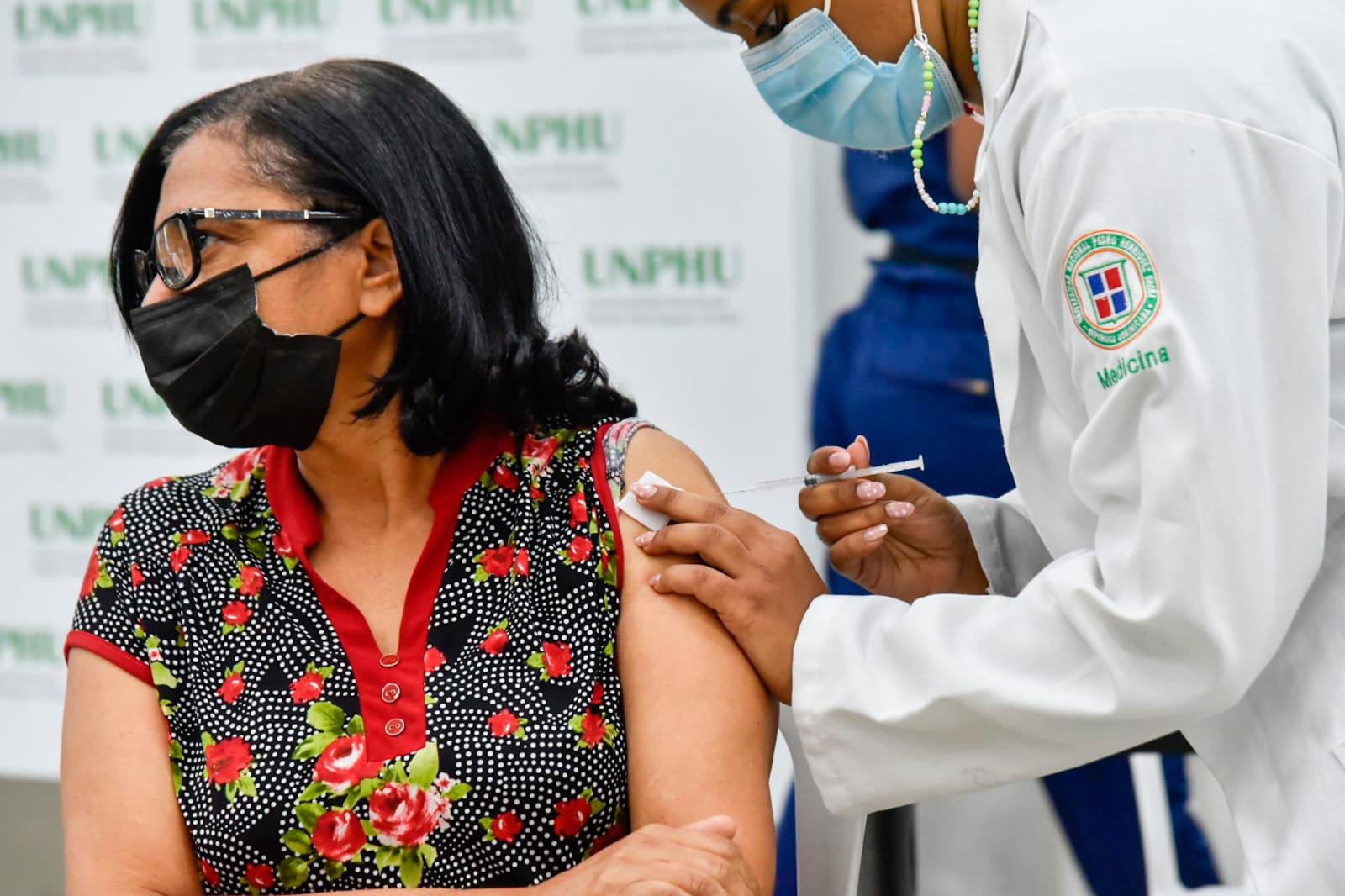 Special vaccination day continued at a good pace on the second day; ends on Sunday

The Dominican Republic could reach five million inoculated citizens, with at least one dose, at the end of the special vaccination days campaign carried out by the Government since last Thursday.

President Luis Abinader informed that this Friday, a new record with 228,278 vaccinated, including 71,572, received the second dose.

“Thanks to all: civil society, political parties, officials and the people for working together for the country. We will continue every day until we are all vaccinated. God bless you!” he wrote.

The start of the day on Thursday showed that 136,142 people responded to the call for vaccination by the authorities. According to information from the Health Cabinet, 30,003 of the doses administered were to complete the immunization schedule of the citizens.

During a visit made by Diario Libre this Friday, the vaccination center of the Luperon Sports Club in the Luperon neighborhood registered the attendance of older adults who had not yet been vaccinated and who took advantage of the community day to do so.

The vaccination center located in Carrefour, in Plaza Duarte, registered a large number of people after 12 noon, which reflects the enthusiasm of the people to get vaccinated. A similar situation was reported at Agora Mall, one of the favorite centers for citizens to get vaccinated.

At the center located at the Pedro Henríquez Ureña National University (Unphu), where PCR tests are also carried out, the attendance in the morning hours was remarkable. However, after midday, the flow dropped considerably.

President Luis Abinader received the second and last dose of the Sinovac vaccine on Friday morning at the Benito Juarez high school, in the Cristo Rey sector, as a booster to achieve immunity against COVID-19.

When questioned about the possibility of the Government imposing mandatory vaccination, Abinader said that the Health Cabinet has not thought of imposition since there is a legal and constitutional discussion on the subject.

Amid the vaccination days, the country is approaching 300,000 thousand COVID-19 infections, after 1,295 new cases were registered in the last 24 hours, for an accumulated total of 298,414.

In addition, four deaths were reported, for a total of 3,646 deaths nationwide since the beginning of the pandemic. Of the total number of positive cases, 51,076 remain active.

As of June 4, 1,329 persons remained in stable condition, occupying 51% of available beds.

Likewise, 428 people (4 more than yesterday) are in intensive care units, representing 71% of availability nationwide. At the same time, 292 patients are connected to a ventilator, i.e., 61% of availability.

According to the daily report released by the Ministry of Public Health, the National District remains as the demarcation with the most confirmed cases so far (85,084, of which 356 were reported this Friday), followed by Santo Domingo province, with 65,579 confirmed infections, 370 of which were reported yesterday.

In third place is Santiago, with 29,967 positive cases, 36 of which were reported on Thursday.