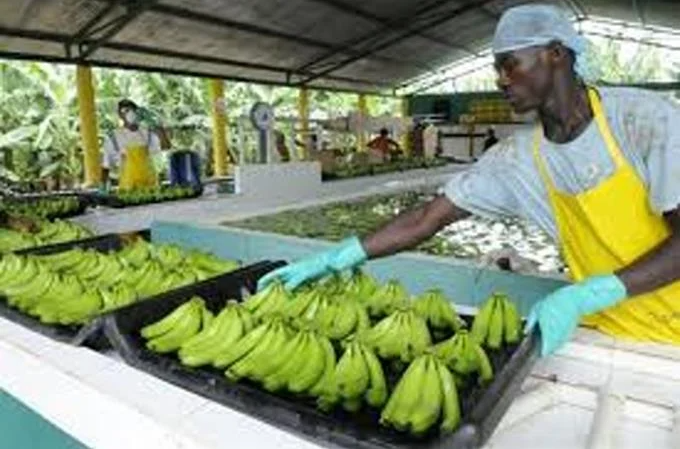 The president of the permanent commission of Agriculture of the Chamber of Deputies, Rafael Antonio Abel Lora, warned that the banana sector of the Northwest line runs the risk of paralyzing the exports of its products.

The legislator said that due to actions taken by the National Army and the National Direction of Migration against foreign workers, production and exportation could be harmed.

In that sense, the legislator for Montecristi said that both institutions have initiated “massive raids,” where they detain foreign workers, failing to comply with the 90-day term established by the National Migration Council to formalize foreign labor in the country.

Rafael Abel explained that Army trucks, duly identified, keep standing in front of the farms and prepare “all dark-skinned workers” to be purged, even if they present their identification documents and, in some cases, their passports.

“This practice has generalized the fear among the producers represented by Adobanano of failing to meet their commitments to sell to the European Union, due to lack of labor to work the fruit,” he explained.

Given this, he commented that the farmers had proposed several alternatives to the government, such as zoned work permits, regional banana cards, and other solutions that would allow the normal development of agricultural activities until the government defines the official migratory policy.

From banana exports, the country receives weekly transfers worth more than US$5 million that stimulate the economy of the region and produce more than 70,000 jobs.

Thats good, no one is purging eny one at all,
you companies dont wanna pay for employing illegal migrants.
NOW YOU HAVE TO! you give them jobs then YOU PAY THERE MEDICAL INSURANCE
, DENTAL etc, EVERY ONE NEEDS TO FUCKING PAY TAXES !!! Simple ,,,
IF YOUR NOT PAYING FOR IT,,,,,,, THEN WHO DOES << WE DO !no more !

So close the industry, we are not sacrifising our country because of the banana industry

There is always a contradiction when it comes to businesses having needs for laborers. The law is the employers must have an 80% Dominican vs 20% Foreign (Haitian) labor force. Yet, the government creates loopholes for agra industries to increase numbers of foreign labor. It is not unknown that businesses will take on extra foreigners via the legal routes or maybe hush-hush through the clandestine back door. When hush-hush does happen government sometimes turns a blind eye. This has gone on for years on end to profit business and government mafias at the expense of the foreign laborers.

It is about time the government enforces the laws blindly, just do the mass deportations now, no messing around to play favors, to open eyes of the public to reality of the country’s labor needs.