Ariel Henry to Haitian compatriots: “I ask you to calm down” 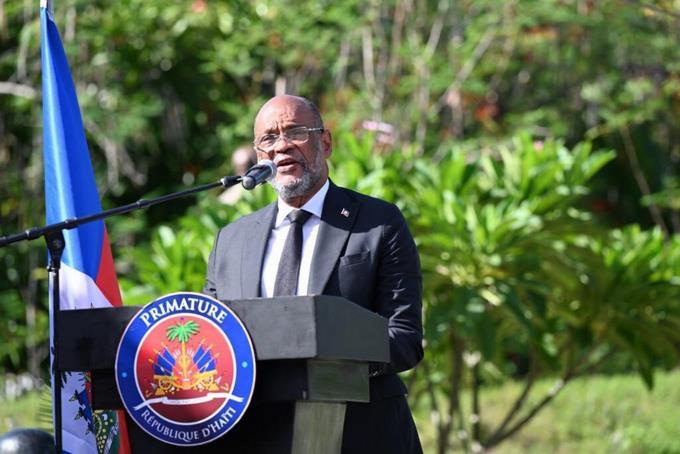 Santo Domingo DR
Haitian Prime Minister Ariel Henry spoke Sunday night to insist to his fellow Haitians that they should “keep calm” in the wake of the protests generated by the increase in fuel and petroleum products.

Henry stated in his speech that Haiti could solve the problems it is suffering by working together. However, he did not retract his decision on the fuel hike.

“Faced with the evolution of the situation, I call again for calm. I ask you to calm down. Together we can solve problems. I understand your frustration. I share the pain of the victims, of those who have lost assets they built for decades,” Prime Minister Henry said in his address.

According to the head of government of the neighboring country, the rise does not justify the action taken by some Haitian citizens and described as irresponsible those who have dedicated themselves to looting businesses, schools, and universities, attacking politicians and members of the Haitian government.

In his speech, Ariel Henry explained that the Haitian government is working on projects to improve conditions in the country he leads.

“There is a project underway at Customs so that the State can better control what enters the country, limit arms and drug trafficking and increase revenues. These decisions cause discontent.”

He also assured that his government seeks to expand the social pacification program to help disadvantaged families.

“Customs revenues and funds that were destined to subsidize oil derivatives will allow the government to fly to the aid of the population. In the next budget we plan to buy seeds and fertilizers for farmers, repair irrigation systems to increase national production, give hot meals to school children, increase community restaurants, implement job creation programs in the 571 communes,” the Haitian Prime Minister stressed.